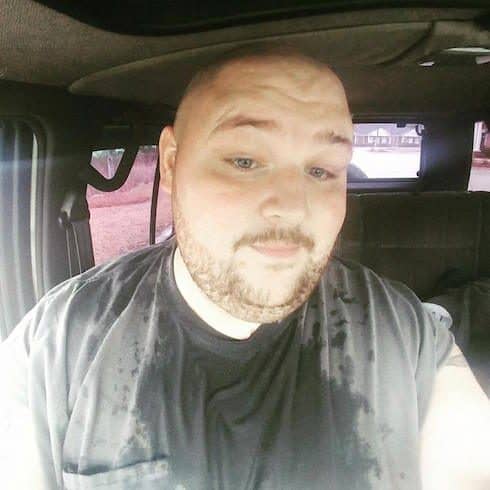 Fans of James “LB” Bonner’s My 600 Lb Life episode — and it turns out that there’s a huge number of them — have no shortage of good news to look forward to with his latest update. It seems like everything’s coming up roses for LB, and the newest James Bonner before and after pics are only the beginning.

James’ weight topped out at 650 pounds when My 600 Lb Life‘s cameras began filming for his episode. As we reported in an earlier article, LB (which stands for “Lil Buddy”) traced his weight problems to three tragedies in his life: the first was the death of his Aunt Dora when James was just nine years old; the second was the unexpected death of a close friend in early adulthood; and the third was the loss of his left leg in an ATV accident at age 23.

Since letting TLC’s cameras into his life, though, James has undergone a remarkable turnaround — one that’s still unfolding. James’ interactions with fans on his official Facebook page reveal a man who’s given himself over to the process of getting healthy, something that the just-shared James Bonner before and after photos depict grandly.

For starters, there’s the pic at the top of the article, which James took following a recent workout. In fact, both of James’ most recent photos came either during or after workouts; before we get to the second, here’s an earlier photo, one taken in late 2017, to give you a better frame of reference: 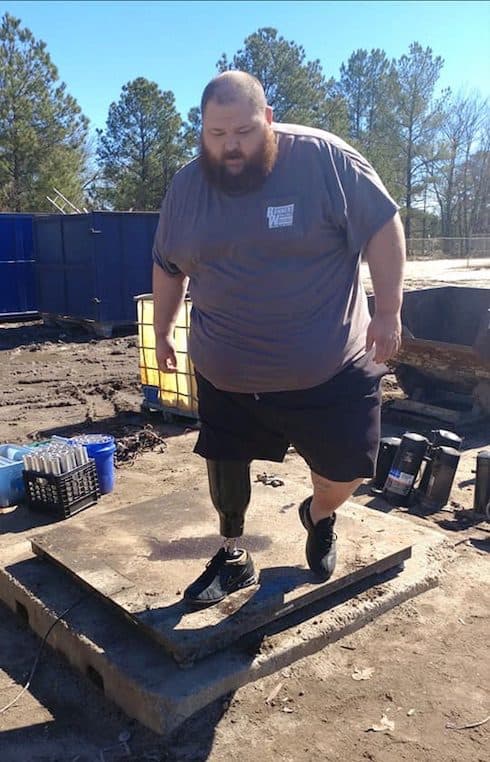 And here’s the first full-body photo James shared after his My 600 Lb Life episode aired: 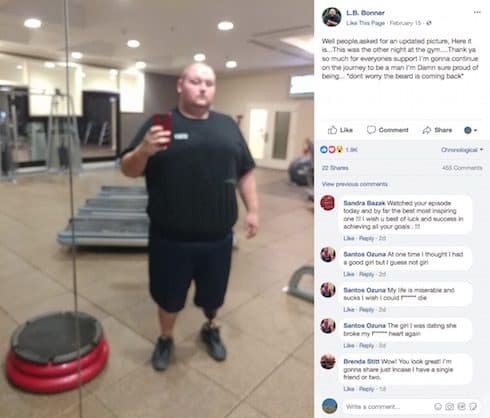 In case you can’t make out the caption next to the photo, here’s what LB had to say:

Well people,asked for an updated picture, Here it is…This was the other night at the gym….Thank ya so much for everyones support I’m gonna continue on the journey to be a man I’m Damn sure proud of being… *dont worry the beard is coming back*

As our earlier article’s headline makes clear, we here at Starcasm are staunch beard supporters. So, while we’re sorry to see James’ beard go, it looks like his whiskers only account for two or three pounds of his impressive weight loss 😉

Speaking of James’ Facebook page, his aforementioned interactions with fans yielded even more good news. For starters, James can confirm that he’s set to appear in a follow-up episode: “I can’t say how much [weight] I’ve lost as of today,” he told one fan, “because we are getting close to filming my Where Are They Now?”

Meanwhile, things between James and his mother, whose fractured relationship provided plenty of drama in part one of James’ episode, have never been better: “We are at the best place in our relationship I think we’ve ever been in,” James said.

Finally, in unsurprising news for anyone who’s seen one of his Facebook updates, James suggested that a career as a motivational speaker is one he’s willing to pursue: “If the opportunity came along I would jump all over it.”

You can stream James’ story on TLC’s official My 600 Lb Life site here.

(Photo credits: James Bonner before and after via Facebook)