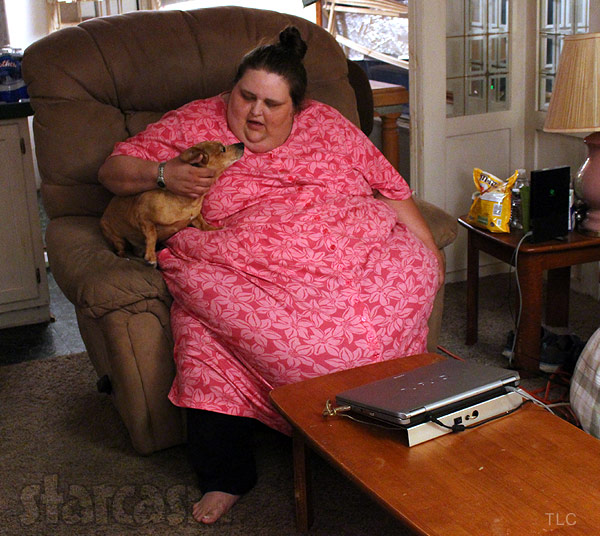 I’m about as huge (pardon the expression) of a My 600-Lb Life fan as there is, but there is one underlying fundamental question that continues to bother me about the show. Invariably, when patients visit Dr. Nowzaradan for the first time, he educates them on nutrition and asks that they try to adhere to a low-calorie, high-protein, low-carb diet for a period of one to four months to make sure they are truly willing to put forth the effort it will require to continue losing weight after having gastric bypass surgery.

The goals given by Dr. Nowzaradan vary a bit, but usually range from 20 to 100 pounds. (On the most recent episode featuring Charity it seems quite obvious that the amount of weight he wants her to lose, which was done in an audio voice over, was later altered. When he says, “I need to see if she can lose 40 pound [sic] over the next month,” the “40 pound” was clearly overdubbed. I haven’t gone back to look at the previous episodes, but I hope there isn’t any editing of these goal amounts after the patient has returned a month or two later just for the show.)

When patients return, you never know what to expect the results of their weigh-ins to be. Sometimes the patients lose right around the goal amount, sometimes they stay roughly even, sometimes they actually gain weight, and sometimes they lose more than they needed to. In this latter instance, what I don’t understand is why the possibility that surgery can be avoided is not brought up? Even if someone weighs 700 pounds, if they manage to lose 50 pounds over the period of a month or two, I would think a doctor would be medically obligated to continue with that method, at least until the patient stops losing weight consistently or even begins to gain again.

In addition to the rational assumption that if the patient can lose a lot of weight on their own simply with diet and exercise then that would be the ideal solution, these people are super morbidly obese and the main reason they are seeing Dr. Nowzaradan in the first place is because he is one of few doctors that will even attempt to perform bariatric gastric bypass surgery on patients of this size because of medical risks. So why even put them at risk if there is a possible alternative?

Also, having watched every episode ever, I know that invariably every single patient’s weight loss comes to an abrupt halt because they have to recover from the invasive surgical procedure. It just seems so counter-intuitive to me! 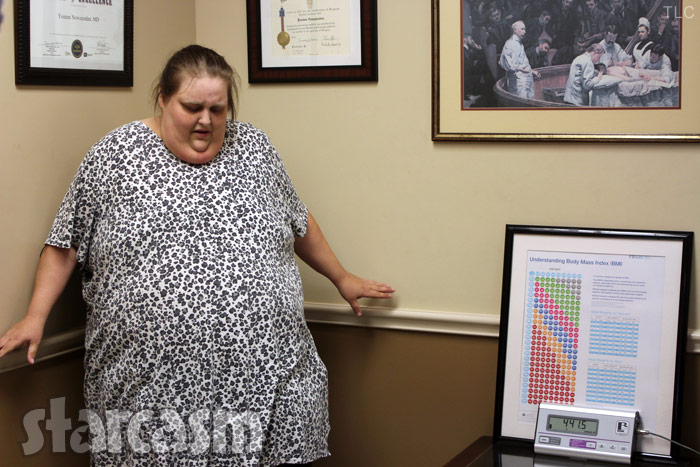 The most extreme example of what I am talking about was Susan Farmer (above), who was featured in the second episode of the current season of My 600-Lb Life. She arrived in Dr. Nowzaradan’s office weighing just under 600 pounds, although she had weighed 607 pounds at her heaviest. After their consultation Dr. Nowzaradan tells her that he wants her to lose 100 pounds over the next few months on her own.

Even after her extraordinary weight gain is revealed to Dr. Nowzaradan, the option of not having surgery is never even brought up — at least not on screen. I realize there may be contractual issues due to the show, but that is not nearly enough to justify not trying to continue with diet and exercise when someone was doing as well as Susan. And besides, even if she didn’t elect to have surgery, her story would still be compelling (if not more so) to viewers!

So Susan has the surgery. As you might have guessed, the surgery makes it difficult for her to get around for a while. Actually, it’s difficult for a long while. Two months later she has to be hospitalized after losing feeling in her lower body. She is diagnosed with neuropathy and immediately admitted to a rehab facility in an attempt to avoid permanent paralysis.

Susan stays in the rehab facility for three months before being released. A month and a half after that (a total of ten months since filming began), Susan visits Dr. Nowzaradan’s office and weighs in at 448 pounds. That is one pound lighter than her last weigh-in prior to surgery five and a half months before.

Just in case you haven’t done the math, Susan lost 158 pounds in four months prior to having surgery and 1 pound in five and a half months after having surgery.

Clearly the neuropathy played a large part in her inability to lose weight because it limited her mobility, but this is a condition that is apparently not all that uncommon with patients experiencing extreme weight loss, including those undergoing gastric bypass surgery. From Neurology Today:

Only after everything described above does Dr. Nowzaradan recommend Susan see a therapist. (I would have assumed that would be the first step for any super-morbidly obese person looking to have gastric bypass surgery?) Between months ten and eleven Susan is back on the weight loss express train and loses 56 pounds!

By month twelve Susan has lost a whopping total of 267 pounds! That is an amazing accomplishment, but I can’t help but think she would (or at least could) have achieved that same goal in well under a year if she had elected to not have gastric bypass surgery — especially if she visited a therapist and had continued nutritional advice and support from either Dr. Nowzaradan or a nutritionist.

One other aspect of this issue that I would like to mention is the fact that I cannot recall many instances of a patient on the show lauding the benefits of the surgery as far as weight loss. The surgery does nothing to temper appetite or urges, it merely limits the amount of food a person can physically eat at one sitting without having to throw up. I understand that this can help a number of people simply by stopping meal momentum, but we’ve seen numerous patients that didn’t benefit at all from the procedure (with Penny being the poster patient fail).

I think Dr. Nowzaradan is clear that the procedure is no magical cure-all, and his initial weight loss goals are his way of determining whether or not a patient is going to be able to be self-motivated enough to actually lose the weight after surgery, but it just seems like an egregious oversight to me to not recognize when a patient seems able to lose the desired amount of weight without taking the medical risk of having the procedure, which also inevitably delays their weight loss progress for at least a month if not more.

OK. It felt really good to get that off my chest. 🙂