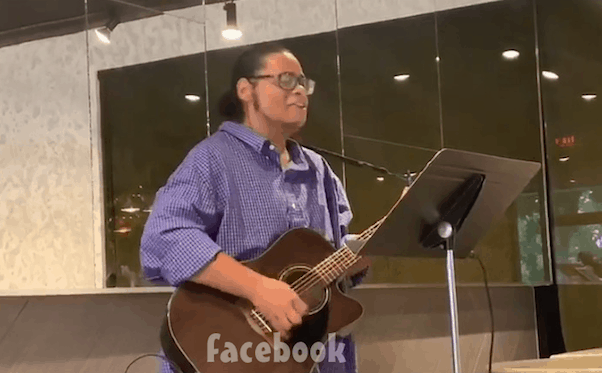 It’s something of a mixed bag for our latest Brandon My 600 Lb Life 2019 update. Season 7 star Brandon Scott, who recently announced his engagement to longtime girlfriend Tayler Kunce, is still shedding weight and living his dream, as our new photos show. But Brandon also revealed he and Tayler have been kicked off of their church’s service committee over the fact that the two of them are living together pre-marriage — and it’s something the devout Brandon says has happened to them more times than he’d care to remember.

We’ll start off with the good news. Starcasm was the first to report on Brandon Scott and Taylor Kunce engaged earlier this summer; the happy couple announced the news in a pair of social media updates (and with several sweet engagement photos to boot). Since the news broke, though, both Brandon and Tayler have removed any mention of their engagement, likely because Brandon has confirmed he’s filming a Where Are They Now? episode. But you can still see what they had to say about their commitment to each other in our original article.

Since then, there’s been one new Brandon My 600 Lb Life 2019 photo (and a ton of new video, which we’ll get to shortly). A few weeks after their engagement milestone, Brandon and Tyler shared a before-and-after photo celebrating the first year of Brandon’s weight loss journey in Texas. Here’s that photo, followed by Brandon’s caption: 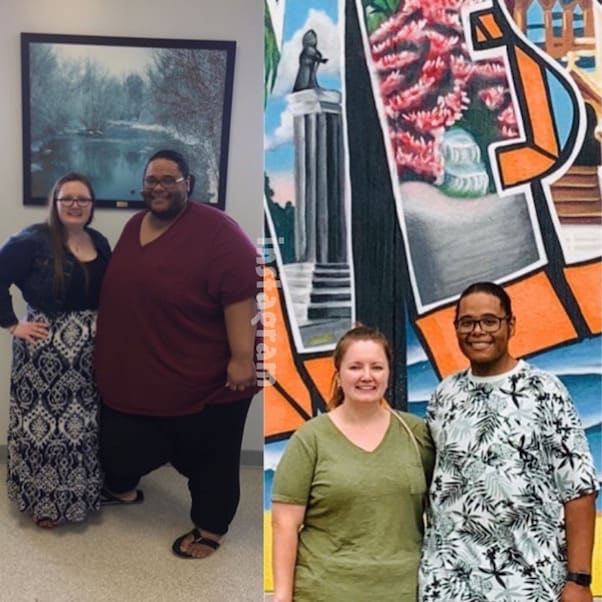 Brandon also responded to a fan who asked him how he managed such a drastic transformation over just one year. “Lots of hard work and dedication,” Brandon said, “along side of such great support from Tayler, friends, family, and friends! This is a true lifestyle change!”

As for those aforementioned videos, Brandon hosts and performs at a weekly open mic at The Tea House in he and Tayler’s new home town of Sugarland TX. The photo at the top of the article is a screengrab from one such performance, in mid-August; here’s another, from Brandon’s most recent upload on September 29: 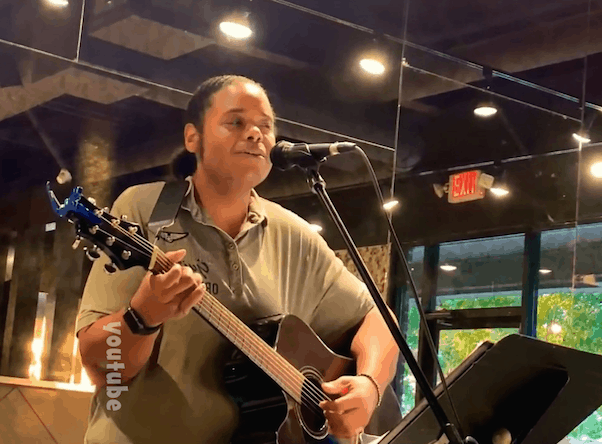 Clearly, the man has maintained and even continued the tremendous weight loss strides he made in his Brandon My 600 Lb Life 2019 debut, when he went from a peak weight of 718 pounds all the way down to a far more manageable 383. But what’s even more impressive is watching Brandon follow through on his dream of performing live. Though contractual obligations forbid Brandon from performing on other shows (in response to fans who’ve implored him to audition for American Idol and The Voice, he says, “I’d love to! Please petition TLC to allow it!”), Brandon is still making the most of his weekly gig.

For your listening pleasure, here’s Brandon covering Michael Jackson’s “The Way You Make Me Feel” from a few weeks back:

However, the news hasn’t been all good for Brandon of late. In mid-August, he revealed that he and Tayler had been removed from their church’s “praise and worship team,” since, though they are engaged, the two of them are technically “living in sin.” Compounding matters is the fact that Brandon says this has actually happened to he and Tayler four times in total, presumably since they started dating.

“Our church told us [Tayler and I] aren’t allowed to be on the praise and worship team since we live together and aren’t married yet,” Brandon wrote. “This happens at every church we go to. We’ve been at this church for a year and from the first visit they knew we wanted to be part of that team/family. Today I find out that we aren’t allowed. Why are people judging in church like this? Thought I found a church family, thought wrong I guess.”

As you might expect, this news sparked plenty of discussion between Brandon and his friends and followers. In another comment, Brandon lamented his inability to serve, while people whose actions remain hidden — “sex slave traders,” among others — could serve their church without difficulty.

“Anyone at anytime could be doing anything,” Brandon went on. “Why single out living together? People could be drug dealers, sex slave traders, or whatever. No one knows how we are living and if we are there to serve God then it’s our right. It’s a Christian Church and that’s what we are. Christians. Not seeing how ‘their beliefs’ are not contradictory or judgmental.”

You can keep up with Brandon’s performances on his YouTube channel. He also offers regular outreach on the Facebook page he set up following his My 600 Lb Life debut. And you can now stream Brandon’s episode on the show’s official site.