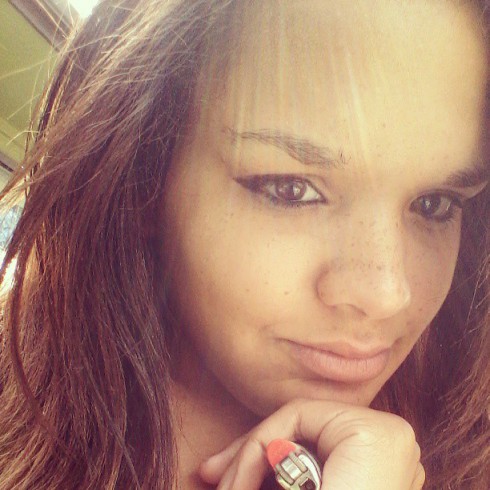 The reason for 16 & Pregnant’s Ebony Jackson and Josh Rendon’s divorce filing is becoming a bit more clear: Ebony is currently dating a long-time friend named Judith. The Ashley’s Reality Roundup broke the story and we were able to follow up with Ebony.

Gotta admit we were initially disappointed to learn Ebony and Josh were splitting. They went through a lot together and seemed to come out on top. However, a marriage is no good if the individuals don’t feel like they can be themselves — and, after having the chance to speak with Ebony, that certainly seems to have been the case.

Ebony explained to us that she and Judith had chemistry when they met during high school theater. However, Ebony got pregnant and Judith was in another relationship, so the timing was never right to pursue their own romance. Things were further complicated because Ebony’s mother disapproved of the girls’ relationship.

The next few years of Ebony’s life were relatively well documented. She and Josh got married in 2010 and he went into the Air Force. The couple came upon tough times in 2011 when local authorities discovered their untenantable living conditions and charged Josh and Ebony with child endangerment. Ebony, who later went to rehabilitation for addiction, said she had been using marijuana to “self-harm” following a traumatic ectopic pregnancy.

Ebony and Josh seemed to turn things around after that point. They regained custody of their oldest daughter, Jocelyn, and welcomed a second daughter, Jayda, last October. 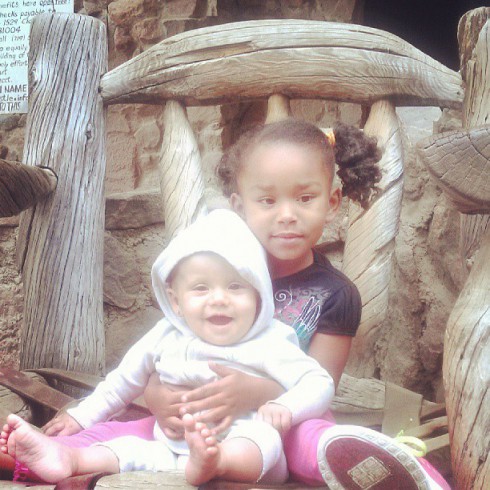 Behind the scenes, though, Ebony said her relationship with Josh remained difficult.

“Josh had started to go out all the time and treated me horribly. He’s got anger and depression problems and I had asked him to get help but he never wanted to,” Ebony explained. “One night things got so bad I called the cops and ended up staying in a hotel with the baby.”

After that night, Ebony packed up and moved back from Arkansas to her hometown in Colorado. That’s also when she re-established communications with Judith.

“It was as if we never stopped talking in the first place,” Ebony told us. She added the relationship with Judith was a point of contention in her marriage, but it wasn’t the primary reason for divorce.

Since filing for legal separation, Ebony and Judith have pursued the relationship they never had the chance to during high school. Unlike before, Ebony no longer cares about others’ opinions.

“I feel completely comfortable with who I am don’t feel that it’s a huge thing to ‘come out’ because that’s just who I am,” she said. “I don’t love a person for their sex — male or female. It’s the person within that matters the most and how they treat you.”

Josh and Ebony continue to be committed co-parents. The Ashley has more details about life since 16 & Pregnant straight from Ebony in her new book, Teen Mom Confidential.

Pre-show interview videos with Kayla Jackson of 16 and Pregnant

Is Danielle Staub a lesbian? Watch What Happens Live video with Lori Michaels