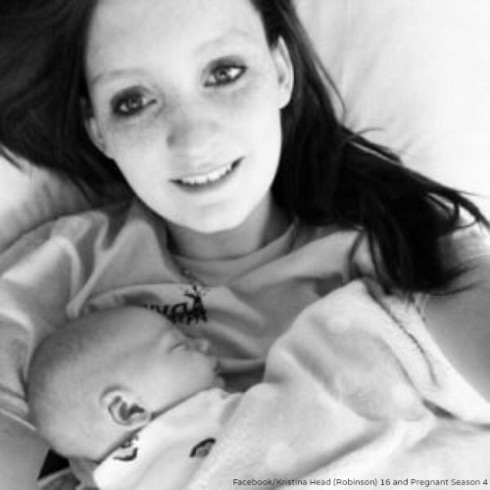 Kristina’s episode of 16 & Pregnant is one of the most memorable: Kristina’s fiancé, John Todd Hight, drowned five months before their son was born. The episode showed Kristina struggling to deal with her grief while preparing for her son’s birth.

Following filming, Kristina met and married TJ Head, who also has a son from a previous relationship. They welcomed son Tommie Joseph Head in January 2013. (Joseph, as Kristina calls him, is shown below with his new little brother.) 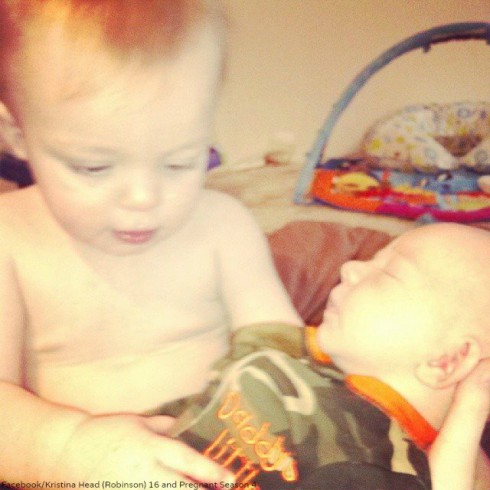 As a Where Are They Now? special from September 2013 showed, TJ and Kristina encountered marriage problems a few months later. A source told Teen Mom Junkies that Kristina hooked up with another man during that time. She and TJ eventually reconciled, but she is reportedly still unsure of her third child’s paternity.

“It is really a mess she’s gotten herself into,” the source said. “Don’t understand why she just keeps making things worse on herself. I don’t want everything to get out because I would hate to hurt TJ or the other guy.”

According to The Ashley, Kristina and TJ’s relationship remains strained — but they are delighted by the birth of their son. 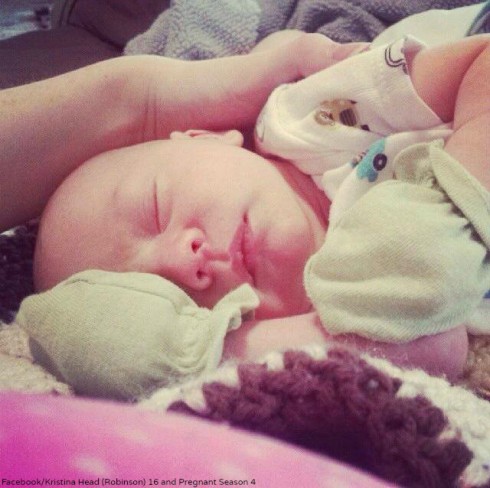 16 & Pregnant‘s Leah Calvert previously welcomed a third daughter. Jennifer Del Rio is also expecting her third child. In both of those cases, the older two are twins. Kristina is the first teen mom to have three full-term pregnancies.