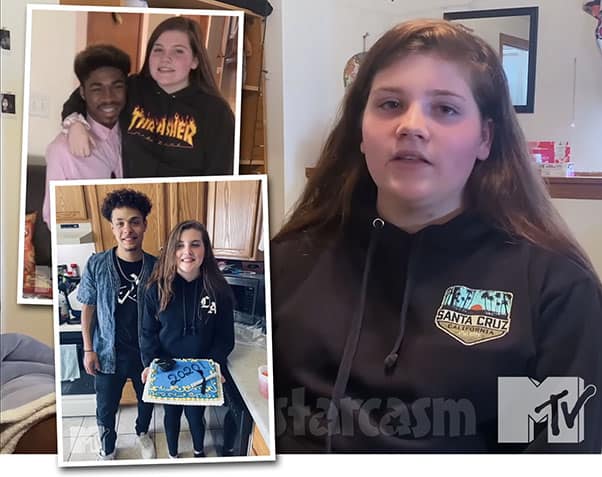 The 16 and Pregnant Season 6 finale episode looks to be quite the doozy! 18-year-old Taylor Luck’s story appears to be very reminiscent of Teen Mom: Young and Pregnant star Rachel Beaver’s, and we all know how that has played out!

Taylor’s dad Corey and mom Tina have multiple arrests (mostly for fraud and writing bad checks) and they have been sued no fewer than 17 times — including multiple evictions. (The lawsuits and court fees for the cases total more than $90,000. Click here for a rundown of their criminal and civil court cases.)

The family’s legal troubles aren’t just financial, however. Pretty much everyone involved in Taylor’s story has a criminal record. That includes multiple arrests for Taylor’s dad, as well as criminal charges against her mom, her boyfriend, her baby daddy, and Taylor herself!

Starting with Taylor, she was charged with underage drinking in June of last year. She entered a no contest plea and was found guilty in September.

Taylor mentions in her episode that she met Armani, the father of her son, at a party. According to court records, Armani was charged with underage drinking on the same date as Taylor. I don’t know if that was when they first met. Their son Montgomery (Monty) was reportedly born on February 16 of this year. If he wasn’t born early, then the date of conception would have been some time in late May.

However, it appears that Monty didn’t get to go home until a month after his birth. And in most all of the photos of Monty, he still has tubes in his nose. More on Monty (and his brother?!) in a minute. Let’s get back to Armani…

Before the underage drinking charge, Armani was cited for marijuana and drug paraphernalia possession in March of 2019. In March of the following year he was charged with misdemeanor damage to property and county disorderly conduct. The damage to property charge was later dropped, and he was found guilty of county disorderly conduct after pleading no contest.

In October of 2020, Armani was charged with misdemeanor criminal damage to property. The results: “Court withheld sentence and placed defendant on probation for 12 months, pay costs in the amount of $453.00, pay restitution in the amount of $675.85 to victim 1 and $215.00 to the town of Lodi plus the 10% surcharge for a total of $979.93 Joint/Several with co defendant Desmond Townsend.”

If you read our post profiling the 16 and Pregnant Season 6 cast, then you will recognize the name of Armani’s co-defendant. Desmond Townsend is the friend of Armani that Taylor eventually ends up dating! 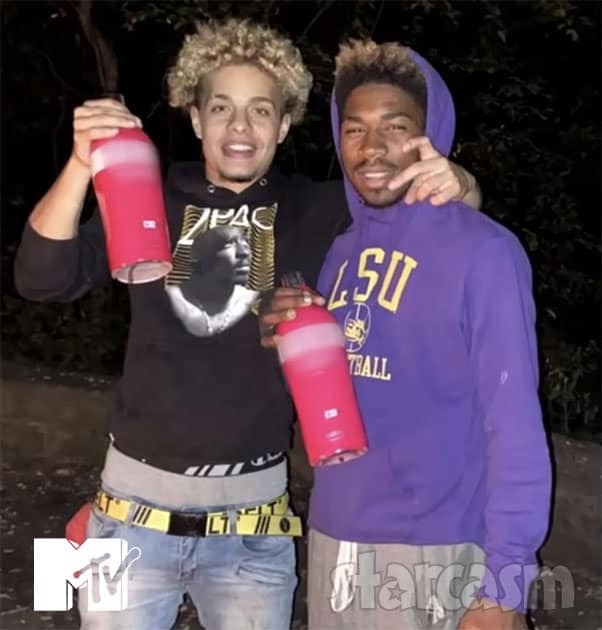 Moving on to Desmond’s past run-ins with the law… He was found guilty of failure of occupant to notify police of accident, driving without a valid license, and driving without insurance in March of 2020. A few months later, he was caught driving without a license again and also cited for violating curfew.

In October of 2020, Desmond was charged alongside Armani for misdemeanor criminal damage to property. (According to Desmond’s Facebook page, he and Taylor officially began dating 17 days after he and Armani were charged.) Unlike Armani, Desmond made things a bit more difficult for himself.

Desmond skipped out on his initial appearance and another warrant was issued. He showed up for court via video conference and the warrant was quashed. As part of his bail agreement, Desmond is ordered to have no contact

There is a plea/sentencing hearing scheduled for June 18. 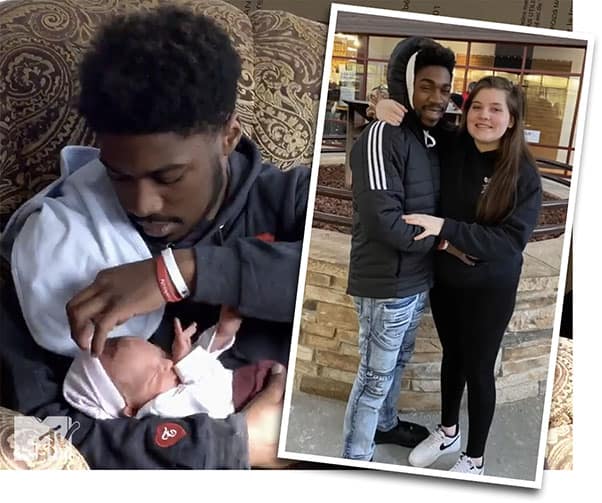 ARE TAYLOR AND DESMOND STILL TOGETHER?

According to their social media posts, Taylor and Desmond are still together and happily raising two boys.

In addition to Monty, Desmond has also posted photos of a little boy named William that looks to have been born three days after Monty. In a gallery of Instagram pictures posted on March 17, Desmond wrote: “William & Monty💙🥺my life just changed in everyway possible🙏🏽 but I’m blessed to say I cant wait to raise you two together 🤞🏽 with the worlds greatest girlfriend on my side😩🥰”

On April 4, Desmond shared another gallery with Taylor and two boys. “Happy 1st Easter 🐣 Montgomery & William 🥺🥰,” he wrote. “Me and mommy love you 💙🐘”

To find out the story on William I guess we will all have to tune in to Taylor’s episode of 16 and Pregnant premiering tonight at 9/8c on MTV! Until then, here is the “Meet Taylor” video intro teaser from MTV:

16 and Pregnant’s Sarah Roberts ran away with her boyfriend, was wanted by police in 2010

PHOTOS VIDEO Meet Markai Durham from 16 and Pregnant Season 2b

Chelsea Handler had an abortion as a teen, hates 16 & Pregnant