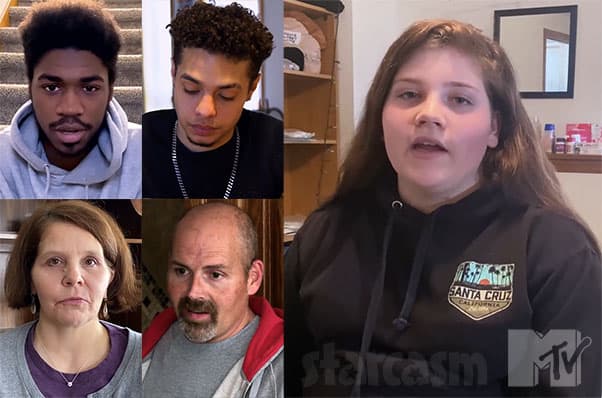 Teen mom Taylor Luck had one of the most chaotic stories of all the young mothers featured on the most recent season of MTV’s 16 and Pregnant. In addition to having two young men trying to be in her son’s life (Taylor’s boyfriend Desmond and the baby’s father Armani), everyone involved had some sort of legal issue and/or criminal history. That includes Taylor, Desmond, Armani, Taylor’s dad Corey and Taylor’s mom Tina. So, what’s the latest on Taylor Luck and her drama posse?

Are Taylor and Desmond still together?

It appears that Taylor and Desmond had a pretty serious falling out soon after her episode of 16 and Pregnant aired in April. Desmond reportedly began talking negatively on social media about Monty’s health issues, and Taylor clapped back on Instagram on May 12.

“Not a single soul cares what you have to say,” Taylor began a caption for a gallery of Monty photos, “at the end of the day you can go around making fun of my son cuz he was sick and saying at least my kids not f***ed up but everyoneeee knows he’s perfect 😭🤣❤️😌.”

COMMENT: PERIOD. Sure has a lot to say for someone who was obsessed w your SON more than his OWN. Let’s talk about 😂 hopefully he isnt couch hopping still & maybe finally found someone else he can leach off of . I’d be so embarrassed to talk about someone else’s kid but can’t even get custody of my own . “Sheesh” is rightttt 😂

COMMENT: There are some sickkk people out there… to make fun of a little baby.. disgusting behaviour🤚🏼. He’s so gorgeous, God bless him💛😍

TAYLOR: Definitely disgusting, karma will definitely catch up with him.

In case there was any confusion about her relationship status with Desmond, Taylor left no doubt in the comments of another Instagram post a week later. “Are u and Desmond still together?” a follower asked. “Nope,” Taylor replied.

If you watched Taylor’s episode of 16 and Pregnant then you know her son Monty had some serious health issues. He was back in the hospital in early May. “My baby has surgery in just 1 week and he finally can get his feeding tube out 🥺❤️,” Taylor wrote on April 28. “The only man in the world that I need, I love you monty 🥰❤️.”

Taylor shared another update on the day of Monty’s surgery. “Today’s the day babyboy 🥺 momma loves you soooo much❤️,” she wrote on May 4.

Taylor didn’t share any specifics about how the surgery went, but she has been posting numerous photos of little Monty since the surgery and he sure appears to be a happy, healthy little boy! Here’s the most recent photo of Monty from July 19:

Legal updates for everyone

Taylor has no open or recently closed criminal cases, but she did file for child support from Armani on April 14, the day after her episode of 16 and Pregnant aired. The case is still open with the next hearing scheduled for August 23.

On June 3, Desmond was found guilty of misdemeanor Criminal Damage to Property. From court records:

Defendant pled no contest to count 1 in the amended complaint. Court found defendant guilty. Judgment to be entered. Rights/Elements. Statement by defendant. Court withheld sentence and placed defendant on probation for 12 months, pay costs in the amount of $453.00, pay restitution in the amount of $675.85 to victim 2 and $215.00 to the City of Lodi joint/several with [Armani Paglini], maintain absolute sobriety, undergo any treatment/counseling by Agent, submit DNA sample. Defendant eligible for expungement upon successful completion of probation. 12 days credit.

Desmond is also facing charges of burglary, damage to property, and theft of movable property. He failed to appear in court on June 18, and a bench warrant was issued for his arrest on June 22. There is a hearing scheduled for August 4. Desmond is listed as being under “active community supervision” by the Wisconsin Department of Corrections. 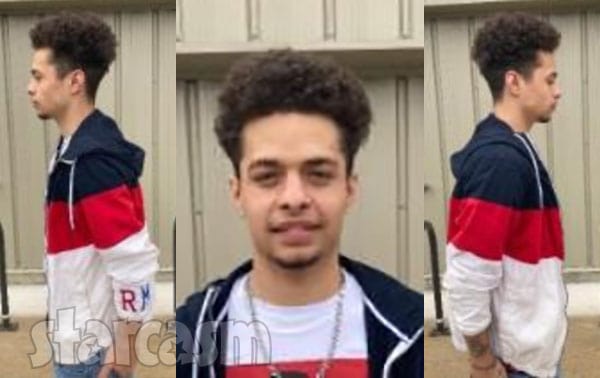 Armani (mug shot photos above) has managed to stay out of legal trouble after his arrest alongside Desmond in October of 2020. Just like Desmond, Armani was charged with misdemeanor criminal damage to property. The results: “Court withheld sentence and placed defendant on probation for 12 months, pay costs in the amount of $453.00, pay restitution in the amount of $675.85 to victim 1 and $215.00 to the town of Lodi plus the 10% surcharge for a total of $979.93 Joint/Several with co defendant Desmond Townsend.”

Armani is listed as being under “active community supervision” by the Wisconsin Department of Corrections.

The parents of #16andPregnant mom Taylor Luck are DEFINITELY no strangers to a court room! Get details on Tina Luck's and Corey Luck's criminal and civil court case histories, including multiple arrests, convictions, lawsuits and evictions! YIKES! 😬 https://t.co/abzz4DSOw6 pic.twitter.com/bjveUKKbH8

Taylor’s dad Corey is still facing a felony charge of identity theft. There is a hearing scheduled for July 29.

If you read our previous post about Corey’s extensive criminal history, then you know he has also had issues paying rent. According to court records, Corey moved to a new address on July 15. Taylor also updated her address on June 24 and the two addresses are part of a duplex.

I could find no additional legal issues for Taylor’s mom Tina after her theft conviction in May of 2018. Tina is listed as being under “active community supervision” by the Wisconsin Department of Corrections.