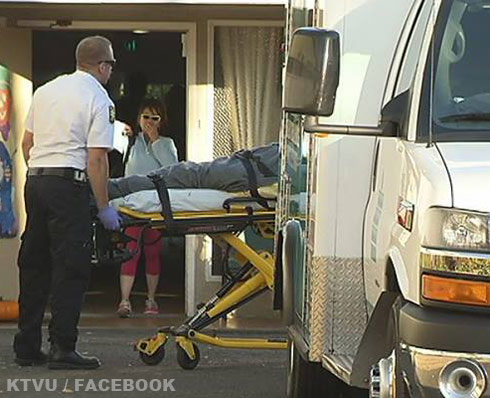 A Castro Valley, California assisted living facility that had its license temporarily revoked is under fire after it was reported that 14 elderly patients under its care were left abandoned by the staff when the business was shut down.

Alameda County Sheriff’s Department Sgt. J.D. Nelson stated that Valley Springs Manor had been shut down last week and most of the staff had left while 14 elderly patients still remained inside and in need of care. The patients still on site were evacuated on Saturday afternoon by ambulance. County Fire officials stated that many were taken to nearby hospitals for treatment.

The facility was shut down on Thursday, October 24 and at that time a majority of the employees, who were let go and would no longer be receiving wages, left. 14 of the patients were unable to leave for various reasons so a skeleton crew remained including a cook, some janitorial staff and one caregiver, according to the sheriff’s department.

Authorities were not made aware of the situation until Saturday, when one of the patients went missing and the staff that remained alerted them. At the time Nelson told KTVU, “We’re talking about human beings here. How do you just abandon them? It’s heartbreaking.”

Spokesman Michael Weston with the California Department of Social Services said, “Apparently what happened is that the facility staff felt that they were starting to lose the capability to care for these individuals, so they called for help,” adding, “I can tell you that the department has been engaged with this facility for quite a while and there is a history of concerns.”

KTVU reached out to Orrin Grover, the attorney for the owner, and he stated:

“When we received word of the temporary suspension order we began transferring residents. We transferred approximately ten residents through and including Friday.”

Grover denied that anyone was abandoned, arguing that the 14 who remained were on SSI (Supplementary Security Income) and that minimal assistance from the federal government made it difficult and time-consuming to find placement in more expensive nursing care facilities.

In the complaint filed last Monday that led to the facility’s closing, a number of alleged issues were brought up dating back to 2008 including:

• Failing to conduct criminal background checks on employees
• Problems with maintenance and cleanliness.
• Patients failing to receive necessary medications and suffering diabetic episodes or seizures as a result.
• Patient falls and injuries that weren’t treated or reported properly.
• Patients being transferred from one facility to another without being given a choice and without proper notification of family members.
• Insufficient staff to provide basic care for patients.

State officials are now looking to permanently revoke the license at all 3 facilities, including Valley Springs Manor, owned by Herminigilda Manuel.

Attorney Grover told KTVU yesterday that his client was going to be getting out of the nursing home business.

AUDIO 68-year-old shoots his wife’s 22-year-old lover, yet it’s the younger man who was arrested