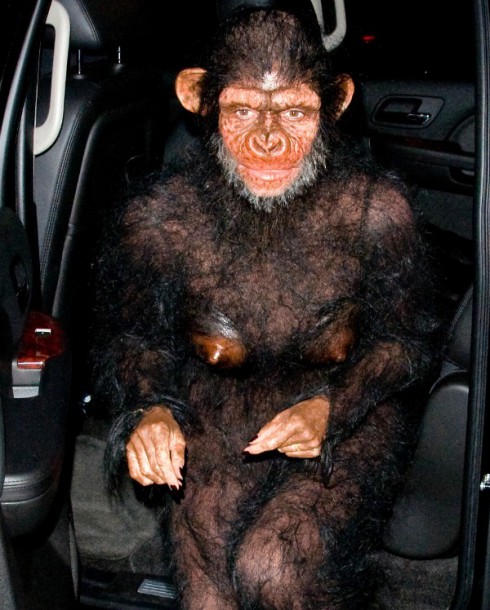 Halloween is one of the biggest holidays in Hollywood — and no one takes it more seriously than Heidi Klum!

“I’d rather stay home than go out in an uninspired costume,” the supermodel told Parade earlier this month.

Fortunately for us, Heidi hasn’t stayed home for the past 13 years. With the help of makeup experts and costume designers, the Halloween hostess has managed to consistently up the game for her themed party each year… 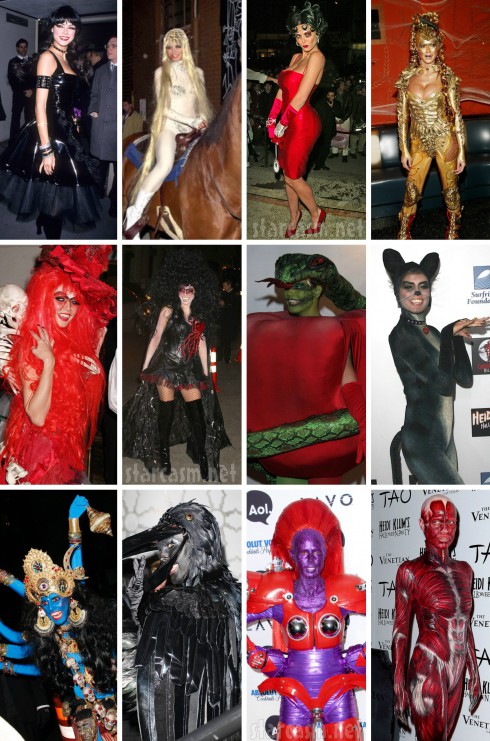 Even though Heidi consistently wins the unofficial costume contest, she doesn’t mean to intimidate anyone else: “I want people to strive to have a better costume than me. I want my guests to really wow me! It’s so much fun when I’m looking at someone in their costume and it takes me a few minutes to figure out it is one of my closest friends!”

There’s even more anticipation for this year’s Halloween bash than usual because Super Storm Sandy caused last year’s party to get pushed back into December. (It’s a bit more difficult to get psyched for a costume party when you’re preoccupied with finding holiday gifts.) Still, Heidi managed wow with an ultra-glam version of Cleopatra. 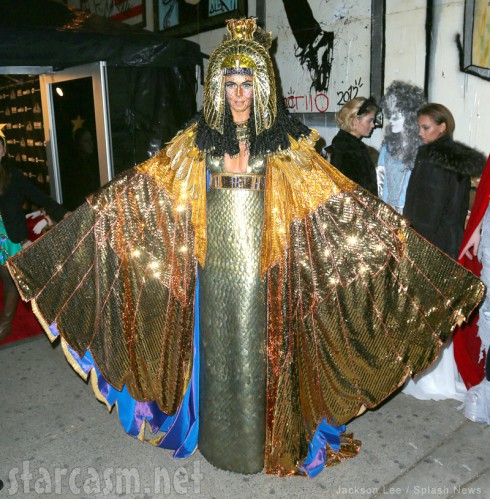 This year’s “Scary Doll House” event is set for Thursday night at New York City’s Marquee… We’ll be sure to update with Heidi’s newest costume as soon as she arrives.