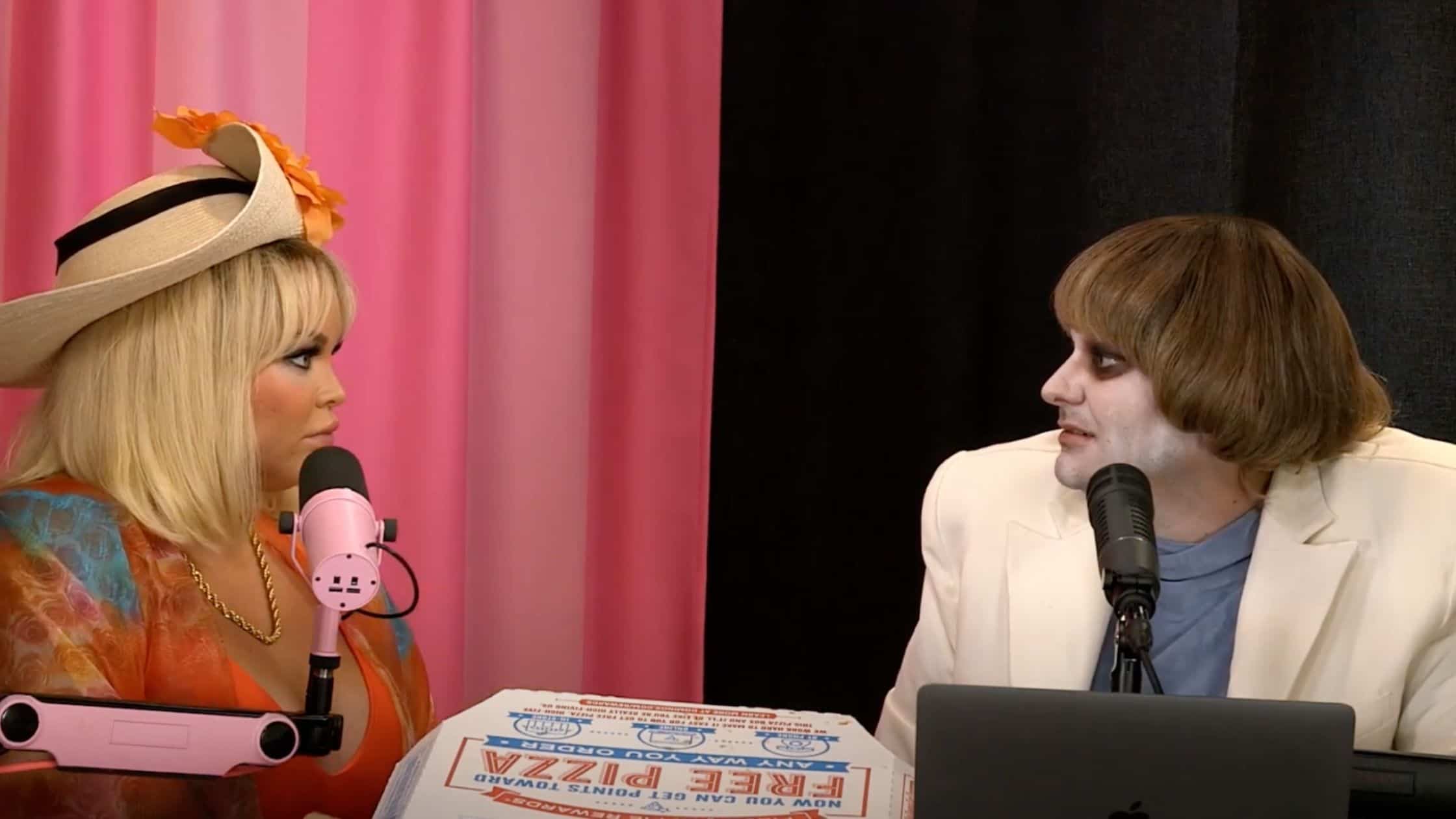 Fans of the popular YouTube podcast Frenemies with Trisha Paytas and Ethan Klein were saddened on Tuesday’s episode when Trisha announced they would be leaving after an on-air fight about money, hiring choices, and creative control of the show.

Here’s a highlight clip of the first time Trisha fought with Ethan while he was dressed as Uncle Fester in October 2020:

The second time Trisha stormed out and quit, in December 2020, shared another thread with the current walk-out. This time the pair were eating Dominos pizza, just like in the most recent fight.

For Tuesdays podcast, titled “Talking About Gabbie Hanna — Frenemies #39,” the duo was able to get through almost an hour and a half of content, mostly about Gabbie Hanna, before it erupted into flames about the 1:27:00 mark.

Trisha was initially triggered when a conversation about Brokeback Mountain turned more serious. They was speaking about how gay and trans people are still murdered for who they are when Ethan interrupted them by asking crewmembers if they wanted pizza. This subject is sensitive for Trisha, who identifies as nonbinary and goes by they/them.

The Frenemies podcast is usually shot on Mondays, released early to channel members, and debuts on Tuesdays. Trisha had a lot of points of contention, including the fact that Frenemies didn’t have a separate crew than the rest of H3H3 Productions, that they had no say in who was hired to work for the show or other creative aspects of the show, that they did not receive a cut of revenue from highlight clips, and that their split of revenue was 55% Ethan/45% Trisha.

Tuesday morning Trisha was still feeling like they wanted to quit, so they posted a video on their main channel titled “stepping down from frenemies.”

Trisha followed up hours later with another explanation video titled “one more thing,” where they addressed the fact that people were accusing them of not wanting to share the revenue made from the show with the crew.

Ethan shared his thoughts about the breakup on Twitter early on Tuesday.

“i am honestly gutted over this whole thing,” Ethan wrote. “trisha’s video this morning was a total surprise to me. I dont really know what more I can say or do. Im very sorry to all the fans of frenemies, I know how much it meant to everyone, I did everything I humanly could to save it.”

Hours later both Ethan and Trisha tweeted more about the situation, with Ethan deleting some of his tweets.

“At the end of the day, Frenemies was a beautiful experiment that I will always cherish,” Ethan tweeted. “I’ve learned and grown so much from the experience and have Trisha to thank for that. She’s been a dear friend of mine throughout, and I’ll always be grateful for all she’s done for us.

“Erased most of my recent tweets regarding trisha – shouldnt have said that on twitter – im going to take a step back for evening,” he wrote in conclusion.

“I don’t want enemies !!!!! With anyone,” Trisha said during one of their explanation tweets. “Hence me leaving a show that gave me a platform and promotions for my passion projects. It would have benefited ME to stay but ppl felt disrespected by me , so I chose to leave. Because that’s not fair to them.”

Ethan’s deleted tweets were archived by Def Noodles (see below.) In them, Ethan speaks about the hate his crew members were getting after Trisha’s second video dropped.

CLAP BACK: Ethan Klein responds to Trisha Paytas’s video where Trisha makes comments on the end of Frenemies. Ethan says “our crew is getting hate from trisha’s fans on their personal accounts … the crew has done nothing but support her and work their a**es off every week” pic.twitter.com/BiYo7FMpUc

Trisha also shared some DMs between themself and Ethan where he almost asked for a 60/40 split. He immediately backtracked on the offer, and they responded with “Omg I was like so Jewy,” which is very casually insensitive and judgemental towards Jewish people.

Trisha is currently converting to Judaism to marry Ethan’s brother-in-law, who is Jewish. Trisha has often said borderline questionable things about Jewish people, not in a way that seems to come from hate, but perhaps from a mixture of fascination, fetishization, ignorance, and lack of boundaries and social cues.

Trisha has now addressed her use of this insensitive term on Twitter, saying that it was their “sense of humor at the time” and that Ethan has since educated them about the way she jokes and speaks about Jewish people.

It was my sense of humor at the time. And it was a repeated joke I made at the time – it wasn’t malicious but it’s still gross. It was only this year on an episode did Ethan explain to me why it’s offensive to stereotype jewish people as cheap. Like it never really registered https://t.co/Y7wIwEcLl3

She goes on to further argue that Ethan was offensive towards her at the time, using words like “fat” and “crazy” as part of their banter. She says that her joking about Jews in their banter was “gross and wrong but not hostile.”

To say we didn’t have an offensive banter is ridiculous. He called me crazy and fat all the time. The only person I would allow that with. Because that was the banter. But damn to really take that an paint me as anti Semitic like is extreme. It was gross and wrong but not hostile

She also outwardly apologize: “I do realize. I apologized on frenemies when Ethan said it does upset him. I apologize now. It was a bad joke I made and I’m truly sorry. I can’t take back what I said back then – like I acknowledge it – I’m not sure what else I can do ?”

I do realize. I apologized on frenemies when Ethan said it does upset him. I apologize now. It was a bad joke I made and I’m truly sorry. I can’t take back what I said back then – like I acknowledge it – I’m not sure what else I can do ? https://t.co/nq7tIhMnng

Despite the obvious messiness that’s happening right now, it’s still a shame to see Frenemies end. The situation had been unstable from the start, with everyone expecting it to end at any moment, but in the past few months, it looked like things were actually starting to work out between the future in-laws. Trisha and Ethan have a friend/sibling chemistry most of the time that makes their conversations engaging to listen to no matter the topic. They both also complement each other’s comedic styles. A whole cottage industry has sprung up of people memeing their content, and even animating clips from the show:

TIK TOK LINGO: What is a “spice accountant”?

Trisha Paytas reveals she used to be a YouTube feedee, got paid $10k+ to eat on camera