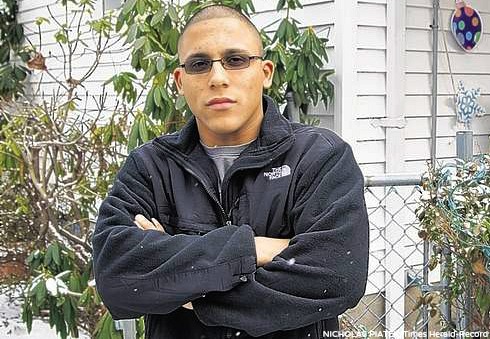 The incident began on Dec. 11, when Stephen was at the squad’s station with another EMT and ambulance driver. Two calls came in close together — the first for a 4-year-old suffering a seizure and the second for an 80-year-old who fell. Captain John Gavaris told Daily Freeman News Stephen dispatched his two co-workers to the second scene, which isn’t standard procedure.

“They should have never listened to him. Protocol is to go to the first call unless the other one is of a more critical nature,” said the captain. “They listened to (Stephen) and trusted his judgment because he worked for a paid service.”

Left alone at the squad station, Stephen said he called for other ambulances, but no one was available. Even though he was aware of the station’s policy that ambulance drivers must be 21 and he was only 20, Stephen decided it was worthy exception: He drove the ambulance five miles to the child’s house, picked the child and mother up and drove them to nearby Ellenville Regional Hospital.

“I wouldn’t have been able to sleep at night or go to school knowing there’s a four-year-old suffering,” Stephen told Times Herald Record, adding he drives ambulances for the independent Mobile Life Support Services company.

The following Monday, Stephen was called before the station’s seven-member board of directions. He explained his position, but the board voted to suspend him for 60 days as punishment for violating the 21-and-older policy. Instead, Stephen resigned and posted about his experience on Facebook. The post has received hundreds of likes and comments from people supporting Stephen’s decisions.

Without the ability to go into specifics, Captain Gavaris said Stephen’s suspension was a “culmination of different incidents” and that the board is committed to serving the community.

Stephen, who worked at the station since he was a 15-year-old Youth Squad member, said he isn’t convinced that’s true.

“As far as policy wise, the guys and girls on the board need to rethink their policies for the good of the community. People shouldn’t have to suffer over policy.”