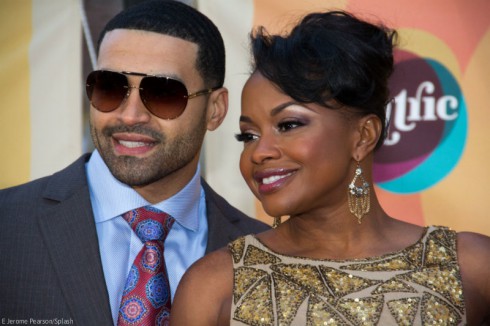 Real Housewives of Atlanta‘s Phaedra Parks and Apollo Nida seemed to put on a united front, even as he was charged with wire and bank fraud. However, now that he’s preparing for eight years in prison, it looks like Phaedra’s now turning her back on the father of her two kids — especially since he’s also ordered to pay $1.9 million in restitution.

“If they never started a family, she would have filed for divorce long ago, but this is going to push Phaedra to act quickly,” a source told In Touch Weekly of Phaedra’s response to Apollo’s sentencing.

Apollo’s also accused Phaedra of being less-than-supportive behind the scenes.

“If something doesn’t change and we don’t start to cherish and respect one another, then I refuse to be miserable, hands down,” he said earlier this year, skirting around the topic of divorce.

In a new, post-sentencing interview, Apollo said he takes responsibility for his crimes — but blames his wife for distancing herself and doubts their relationship will survive.

“I mean, my wife didn’t even f**king show up for my sentencing,” Apollo said this week. “So, you know, I mean I’m still kind of salty about that. But, you know, whatever.”

For now, Apollo indicated he’s trying to savor time with his kids while he’s awaiting a letter telling him when to report to prison.