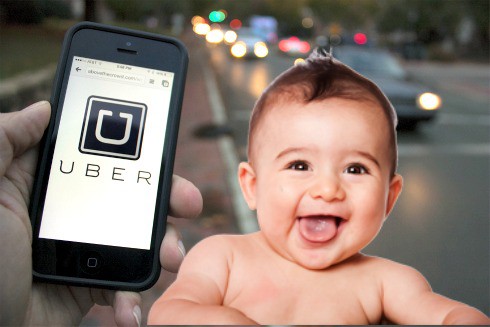 We’ve all heard the stories about pregnant women giving birth in the car on the way to the hospital, but a woman in India has taken it to a whole new level!

According to The Times of India, Babli called an ambulance for assistance when she started going into labor. After several unanswered calls, she took matters into her own hands and hired an Uber.

The driver, Shahnawaz, picked up Babli along with two of her friends and headed for the hospital. However, it didn’t take long to realize they wouldn’t make it in time.

According to Shahnawaz, “The woman was writhing in pain and her friends did not know what to do. I pulled out the towels from the seats and poured some drinking water into a bowl. The child was born within minutes and I was really happy to see that he was responding.”

After Babli gave birth to a little boy, the Uber driver proceeded ER. He later recounted the event as truly special saying, “This was one of the happiest moment of my life.”

As a way to honor the driver who helped safely deliver her son, Babli asked Shahnawaz to pick the name and he chose Uber.