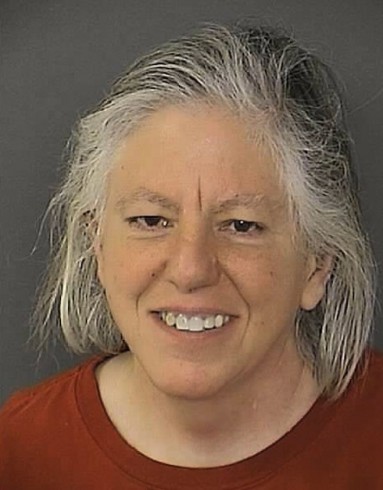 Sarah P. Schrock, 56, of Mechanicsville MD, was recently jailed for one of the strangest food contamination charges you’re likely to ever hear. Schrock was caught peeling and shaving dead skin from the bottoms of her feet and putting it into her family’s milk.

The accused was “alone at home” all day until two family members, Jessica Whitney Hurry and Allison Depriest, arrived for dinner. During dinner, Depriest began choking while drinking her milk, and coughed up “what looked like dead human skin,” according to court papers.

Hurry also gagged on her milk. After pouring it into a strainer, she found dead skin shavings. She told police that she recognized the shavings because Schrock has a tray in her room with similar shavings on it, and that Schrock has chronically dry feet due to diabetes.

It was the third time in nine days that Schrock had been arrested. Previously, she assaulted a woman on April 28th, and violated “an active peace order”–an order to stay away from the victim of her assault–on May 3rd.

Schrock’s bail has been set at $10,000 for the contaminated milk charge. The charge is a felony, and is punishable by up to 25 years in jail. There is not, on either the federal or Maryland books, a charge involving doing something so disgusting that you make everyone who hears about it gag.