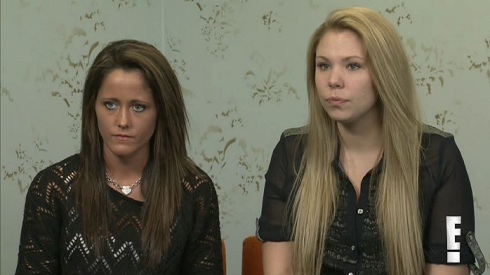 Teen Mom 2 Season 3 premieres in just under a week, and the girls have made their annual trip to New York City to promote the new season. Yesterday, Jenelle Evans, Kail Lowry, Leah Calvert, and Chelsea Houska talked to E! News about the fame that has come along with the show, how they’ve learned from their mistakes, and why they signed on to do the show in the first place.

“I think that with seeing all my flaws on TV and everything, I think that I’ve grown a lot more mature than I was before,” Jenelle told E! News. “And I’ve come to learn not to let everyone get to you.” Kail adds, “I just think I’m able to look back on my mistakes and kinda learn and grow from them as a person. So, I feel like in school and handling situations with Isaac, I can look back and now I can do things differently.” 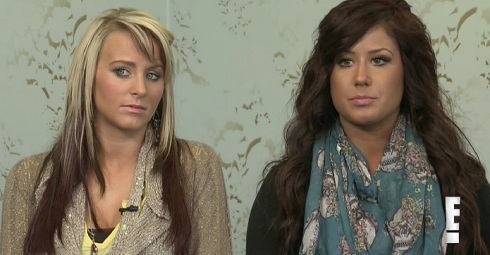 Leah, who just revealed that she and her husband are expecting baby #3, has also learned from her mistakes on the show, and is a better mother to her twins because of it. She explains, “I feel like I’ve turned into a mother that I finally want to be.”

As for the fame that came with the show, Chelsea admits that she didn’t see it coming. “When I first started I never thought that any of us would be in a magazine,” she reveals. “It never even crossed my mind that that was gonna happen.”

“We all did this for one reason and that was to prevent teen pregnancy. I just think that some girls don’t see it that way. They think that we are doing it for the fame, for money, for whatever it is, but really we just want to help girls,” Kail adds.