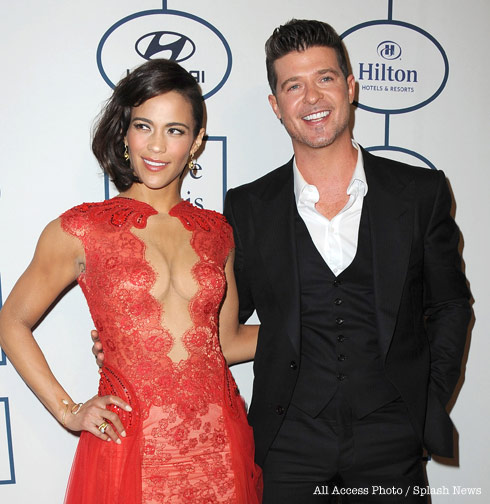 Now the lines aren’t so blurred…

Singer Robin Thicke has failed in his very public attempt at regaining the affection of his estranged wife as it’s been revealed that Paula Patton has filed for divorce.

In papers filed in Los Angeles on October 3, Patton cited “irreconcilable differences” and is asking for joint custody of their 4-year-old son Julian Fuego.

Thicke and Patton, who married in 2005, said in their announcement about their separation in February, “We will always love each other and be best friends, however, we have mutually decided to separate at this time.”

Since that time Thicke has been on a public apology tour as he’s faced multiple reports of infidelities and has admitted to drug and alcohol abuse. The guy even went as far as to record an entire “apology themed” album entitled “Paula.”

In April Thicke said, “I told my wife the truth. That’s why she left me.”

A source with People, usually very reliable with their reports, stated that, “All is peaceful between Paula and Robin.”