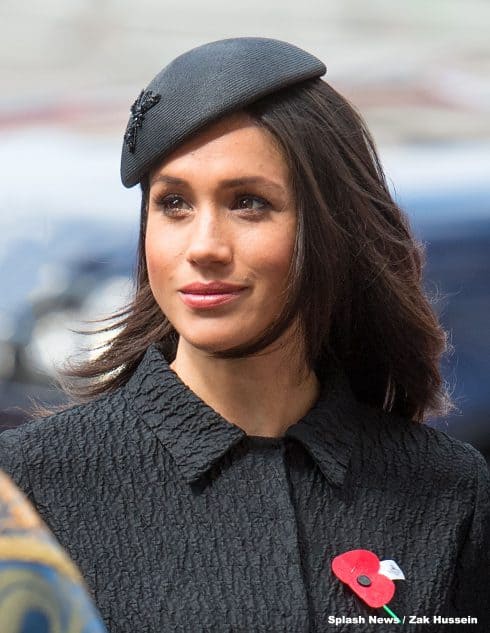 Lately, the British Royal family has been nothing short of a non-stop fairytale. On Monday, Kate Middleton gave birth to a new prince (the public is still eager to learn the new royal baby’s name). And next month, American actress Meghan Markle will wed Prince Harry. Last night, Meghan left her career as an actress behind with a touching wedding on her TV show Suits.

Meghan will soon be swept away in the everyday pageant of royal life — but she’ll never *officially* bear the coveted title “Princess.” The business of British royal titles is pretty complicated, and related closely to bloodlines.

First of all, neither Kate Middleton nor Meghan Markle will ever go by the title “Princess Catherine,” or “Princess Meghan.” In fact “Princess Diana” was actually an incorrect title for Diana. The reason for this? Only people born into the royal family can receive the title “Prince” and “Princess.”

Even Harry and Meghan’s children will not automatically receive these storybook-friendly titles. They’ll get titles of “Lord” or “Lady,” thanks to Queen Elizabeth’s 1960 ruling stating that only children or grandchildren of the sovereign can be called “Prince” or “Princess.”

Queen Elizabeth is currently the sovereign and Prince William is next in line — a.k.a. the “heir apparent to the throne” — so all of William and Kate’s children have the official titles of “Prince” and “Princess.” Kate Middleton is currently officially a “Duchess.”

When Queen Elizabeth passes away and William becomes King, Kate will be bestowed a “Princess” title. She’ll also receive the title “Queen Consort,” but will not receive “The Queen of England” as Queen Elizabeth did.

So, while Meghan Markle is already a princess in the hearts of the public, she will never have an opportunity to be a princess according to the monarchy’s guidelines, unless more official rulings change the ways things are done. (And since we just pointed out one such change from not so long ago, it’s entirely possible that they will!)

How many grandchildren does Kris Jenner have? Full timeline of Kardashian Jenner grandkids