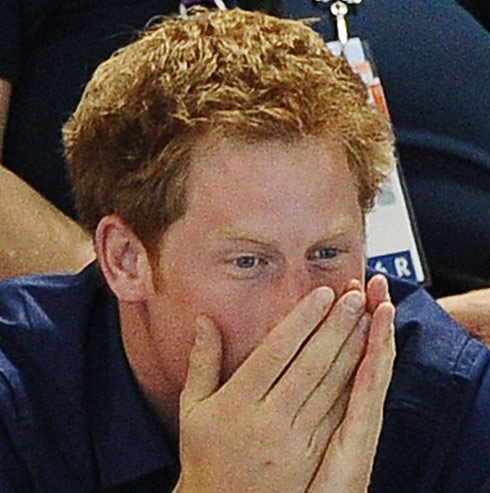 We can now officially crown Aug 22 as Prince Harry naked day on the world-wide-web. TMZ got their mitts on some exclusive pics of the British royalty and the rest is hairy Harry history! They were posted up yesterday and now the internets is just a slave to Harry’s Sin City rave.

Further emphasizing that what happens in Vegas does not stay in Vegas the pics came from a rather randy game of strip billiards in his VIP suite. 2 balls in the corner pocket! Harry and his buds went down to the bar, used the hard to fail, “I am an actual Prince” pick-up line and rounded up some babes to come back and party.

Harry must have forgotten that whilst partying in the buff that said random peeps would have cell phones. These “cell phones” will have camera devices and the images caught on them will rear-end up on the web.

A rep for the royal family had no comment on the latest British invasion to storm America.

Why Meghan Markle won’t ever be a ‘Princess’ ??