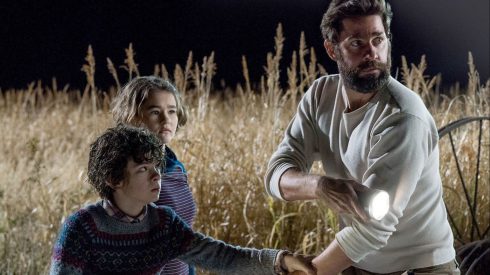 A Quiet Place has been a major horror hit in 2018 both with audiences and critics. It takes place on an Earth that has been decimated by terrifying creatures who can’t see but may leap out at you at astonishing speeds if they hear you make a sound. Of course, there are some liberties taken with this theory since human breathing and bodily sounds can make noises you can’t control. Still, this concept is enthralling and keeps the viewer on edge throughout the film. What are these monsters and where did they come from? ***Spoiler warning***

Although the film leaves the origin of the monsters with heir gruesome, pulsing ears ambiguous, it does drop a few hints. The father (John Krasinski) has a basement room in their fortressed house where he’s tried to study the monster. The audience some information from his whiteboard that kind of crudely lays out some establishing concepts like “What are their weaknesses?” “SOUND.” Towards the end of the film we see a little more of his detective work with some newspaper and media clippings. From those headlines it looks like the creature just arrived out of nowhere and soon even the military abandoned all hope of defending against them. It kind of sounds like a War of the Worlds aliens type-of scenario. Or maybe’s demons! These creatures could even be part of a government conspiracy or even a science experiment gone wrong.

John Krasinksi, who co-wrote and directed A Quiet Place, has indeed confirmed that this is an alien invasion. Unlike most alien invasion stories, he says these aliens did not seek up out directly and simply landed here by accident on a comet.

He laid it all out on The Empire Film Podcast a while back:

“They are absolutely aliens. They’re from another planet. Where I developed the idea of them and what I wanted them to look like was most alien movies are about takeovers, agendas, they’re a thinking alien creature, and for me this idea of a predator, this idea of a parasite, this idea of something that is introduced into an ecosystem [was interesting]. One of my favorite movies I love to watch is RocknRolla and they tell that whole story about the crawfish in the Thames and that’s what I mean, the introduction of something that can’t be held back.”

The Pretty Obvious The Office Connection

The fact that John Krasinski co-wrote and directed pretty much proves that one touching scene from the movie was yanked directly from The Office. The touching scene where Krasinki and Emily Blunt (who is his wife in the film AND real life,) share earbuds to listen to music was first down by Jim and Pam! Maybe the scene was a homage, maybe this entire movie was born from that scene. No matter what, sharing earbuds to listen to music can be very romantic and special whether or not you’re living in a post-apolocapltic world where sound is forbidden. 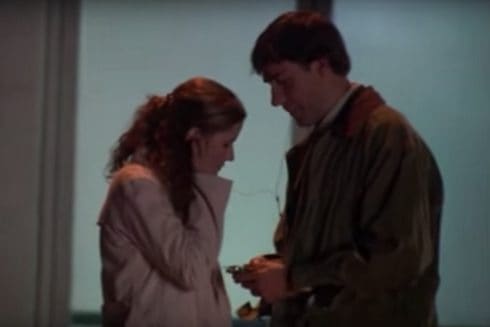 For me the childbirth seen was especially terrifying. Life in general can generate all sorts of unexpected sounds, but having to give birth silently seems like a nightmare all it’s own. Emily Blunt handles her role, and this scene in particular, extraordinarily well. 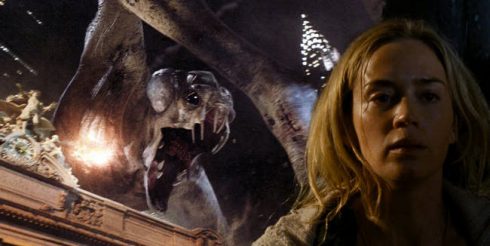 Of course, the pain and terror of his childbirth is only compounded by the fact that she had recently stepped directly on a huge nail sticking out from a board on the stairs. What kind of steel-plated nerves must this woman have to not cry out at such a moment? This movie definitely gets under your skin and makes you think very deeply about all the little sounds and pains of life that we just take for granted.

Producers have given an explanation about why the nail was there in a the first place and why it remains even after Emily Blunt’s character impales herself with it. “They can’t knock [the nail] down,” producer Andrew Form told The Huffington Post. “It’s too loud. I can’t imagine a hammer trying to get it out.”

Where can you get Rachel Zoe’s awesome Bugaboo Missoni stroller?