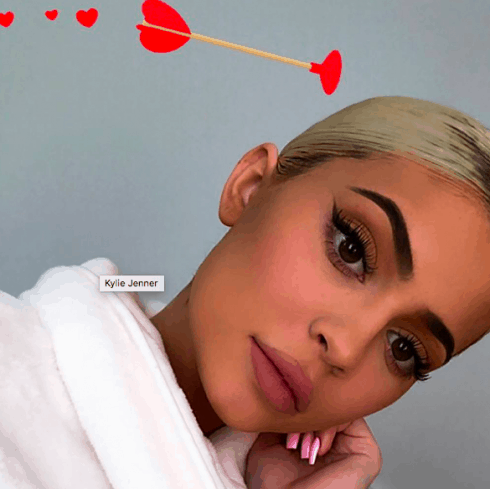 It looks like the au natural Kylie Jenner was short lived. Just months after debuting her filler-free lips Kylie Jenner is back to getting them injected again.

Kylie reportedly initially went filler-free after years of enhancing her pout for her pregnancy with Stormi and just got used to her more natural look. Kylie has been open about feeling insecure about her lips. The world went crazy when she suddenly started appearing in public with larger lips at age 17.

At first Kylie denied that she was receiving any sort of help with her lips and used all the buzz around her lips to launch a successful makeup line that’s still booming to this day. She explain on E!’s The Life of Kylie that she didn’t feel “desirable or pretty” as a teenager with her natural lips. She tried to make them appear bigger with lipliner, but ultimately decided to go with the injective lip fillers.

Below is an Instagram video of her smaller pout.

#KylieJenner showing off her lips!

“It was amazing seeing you again,” Pawnta replied. “Your lips look amazing on that gorgeous face of yours.”

Kylie’s insecurity over her lips is definitely deep and far reaching. A few months ago she said she was thankful that her infant daughter Stormi looks like her everywhere but the lips. She says Stormi has “perfect lips,” unlike herself. Honestly, Kylie looks lovely with or without injectables.

Kim Richards before and after nose job photos

Does liposuction really work? And how dangerous is it really?