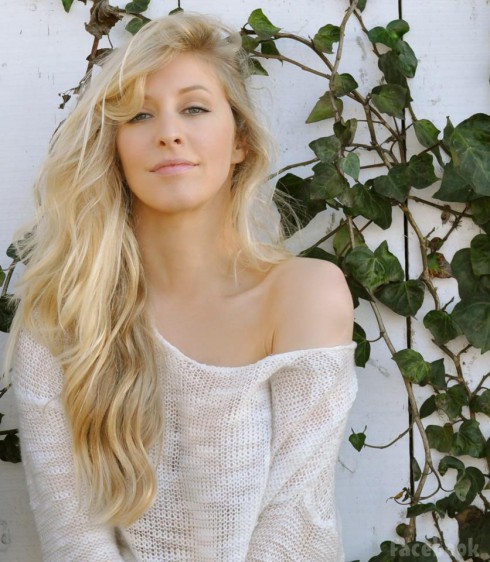 On this season of Keeping Up With The Kardashians fans are getting the opportunity to get to know Bruce Jenner’s sons Brody and Brandon, both from Bruce’s previous marriage to Linda Thompson. In addition to the boys getting substantial screen time, viewers are also getting some quality time with Brandon’s wife, Leah Jenner.

Here’s a blurb about Life Happens from BrandonAndLeah.com:

Produced and co-written by Brandon and Leah, the new album showcases the duo’s high, bright sound: plenty of ukulele and upfret acoustic guitar, Caribbean-flavored beats and Leah’s honeyed lead vocals. They tend to write about the myriad connections and disconnections between people, but the mood is always light and fun. “Everything is groove based,” adds Brandon. “We like things with a positive, beach vibe. If our songs don’t make you want bob your head, then we haven’t done our job.” That explains the album’s first track and debut single, the upbeat “Life Happens.” 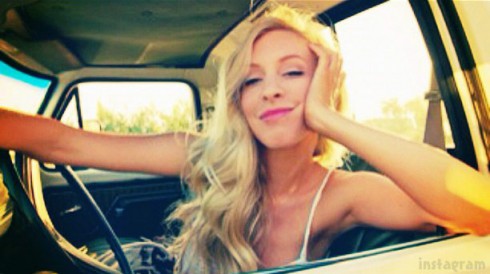 And don’t think for a second that hanging out with Brandon was ever awkward for Leah due to the fact that his dad is a famous Olympic athlete, because Leah’s dad is also an American icon, The Eagles guitarist Don Felder! (Who wrote the music for “Hotel California,” the band’s biggest hit by the way.)

Here’s a little background info on Leah Jenner from her website:

Leah Felder was Born and raised in Malibu, California and spent her early years growing up on the beach, surfing and more recently paddle-boaring. Always surrounded by a musical family, Leah began to regularly sneak out of the house at 14 to perform shows at local clubs.

Leah Performs regularly as half of the duo Brandon and Leah. Her soulful, sultry voice, and undeniable stage presence led to her being named “Independent Front Person of the Year” by the Los Angeles Music awards.

In addition to performing with Brandon Jenner, Leah also released a solo holiday album titled California Christmas that “boasts a unique sound that is truly inspired by the west coast lifestyle. Aside from the title track, the album features traditional holiday songs that were selected by Leah because she felt they lend themselves to be arranged in a fresh way.” 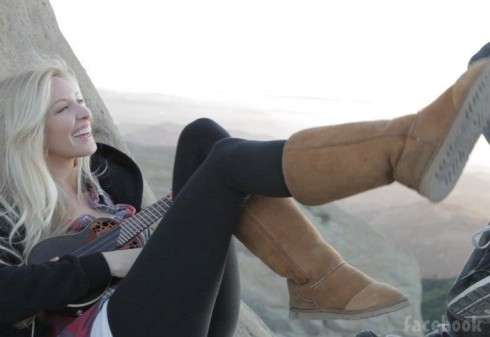 A large part of the “fresh way” mentioned above is thanks to Leah’s love for the ukelele, which is featured prominently on the album. Leah’s admiration for the diminutive stringed instrument has even lead to her stating, “If I were an instrument, I would be a Ukulele.” When asked to clarify what she means by that, Leah says, “A Ukulele is petite, humorous, and has a very free and tropical spirit.”

Brandon and Leah have since released an EP titled Cronies with five tracks, including this one titled “You’re So Cold:” 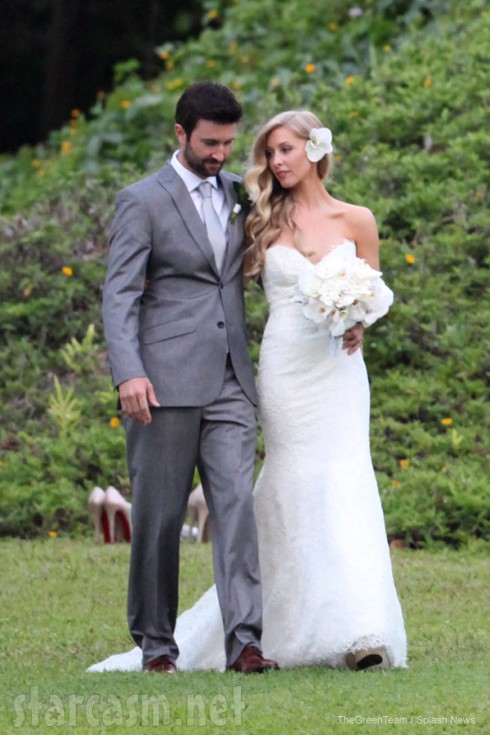 Brandon Jenner married Leah Felder on May 31, 2012 (above) with an intimate sunset ceremony on the beach in Hawaii just outside the St. Regis Princeville Resort. The 36 people in attendance also included Bruce Jenner, Kris Jenner, and Brandon’s step-dad at the time (who is now married to Yolanda Foster of The Real Housewives of Beverly Hills), David Foster.

Star magazine articles on Bruce Jenner being transgender, cross dresser date back to 2012