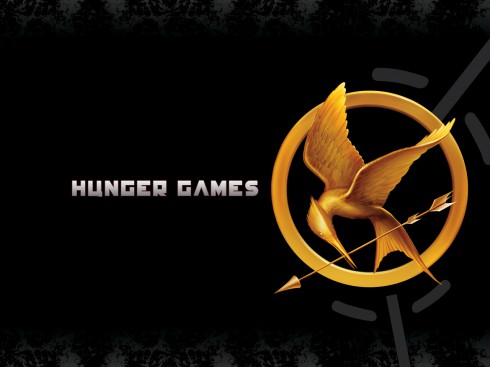 Images have been removed by request from Lionsgate. Just try to imagine the photos based on teh descriptions : )

Summer is upon us, which means the production of the Hunger Games movie is in full swing. Lionsgate is, understandably, trying to keep things as secret as possible; but a gazillion adoring fans can’t be denied.  Some pics have been leaking out.  Here are some of the best ones we’ve found.

Above is Jennifer Lawrence as Katniss Everdeen, and she seems to be all dressed up for the reaping.  Everyone knows Katniss wouldn’t ever choose to put on a dress; but, for that occasion she agreed to wear one of her mother’s.

^ And here’s Liam Hemsworth as Gale Hawthorne. Obviously, the flip flops aren’t in costume, and the rest of the outfit probably isn’t either. But, then again, there’s no telling what Gale will be wearing. He’s a poor boy trying to make a living hunting and selling his game on the black market. A t-shirt and cut-offs might be just right.

^ Willow Shields is certainly in costume here, but not quite in character as Prim Everdeen.

^ This shot looks to me like it might be the “hob,” the center of black market trading in District 12, where Gale and Katniss trade wild game for the basics to keep their families alive.

^ Finally, here’s the hall of justice, the bastion of the Capitol in District 12 where everyone gathers for the reaping.

So, what do y’all think? Is the Hunger Games movie going to look anything like the images that flashed through your mind when you were reading the books? Hop on over to our message boards, or discuss below.

Retraction: In our original post, we misidentified an actress as Hunger Games writer Suzanne Collins.

Let the Games Begin: Jennifer Lawrence as Katniss Everdeen in The Hunger Games