Suddenly a voice was screaming at me and I looked up to see the baker’s wife, telling me to move on and did I want her to call the Peacekeepers and how sick she was of having those brats from the Seam pawing through her trash. The words were ugly and I had no defense. As I carefully replaced the lid and backed away, I noticed him, a boy with blond hair peering out from behind his mother’s back. . . . The realization that I’d have nothing to take home had finally sunk in. My knees buckled and I slid down the tree trunk to its roots. It was too much. I was too sic and weak and tired, oh, so tired. . .

There was a clatter in the bakery and I heard the woman screaming again and the sound of a blow.. . . His mother was yelling, “Feed it to the pig, you stupid creature! Why not? No one decent will buy burned bread!” He began tearing off chunks from the burned parts and toss them into the trough, and the front bakery bell run and the mother disappeared to help a customer.

The boy never even glanced my way, but I was watching him. Because of the bread, because of the red weal that stood out on his cheekbone. . . The boy took one look back at the bakery as if checking that the coast was clear, then, his attention back on the pig, he threw a loaf of bread in my direction. The second quickly followed, and he sloshed back to the bakery, closing the kitchen door tightly behind him. I stared at the loafs in disbelief. . . It didn’t occur to me until the next morning that the boy might have burned the bread on purpose.

And, thus, Suzanne Collins introduces us to Peeta Mellark through Katniss Everdeen’s starving, grateful eyes. Peeta is the boy who saved Katniss and her family from starvation, the stranger who found Katniss at her lowest point and took a beating in order to help her find her way back to her feet. A pure and good and generous soul in a dark, desperate world. 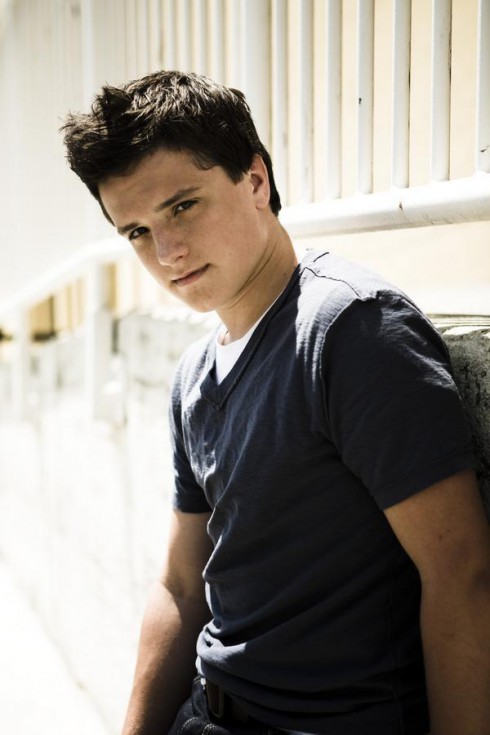 Josh Hutcherson’s Peeta Mellark channels the tough innocence of Suzanne Collins’ character with his determined chin and sad but hopeful eyes. Blond, pale, and covered with flour, he looks nothing like most of the boys from District 12 who are covered with coal dust and whose eyes, unaccustomed to the sun, always squint a bit. But his good heart can’t bear the suffering of those around, especially not the suffering of Katniss, and he’s ready to sacrifice his privileged position in District 12 to lend her a hand. 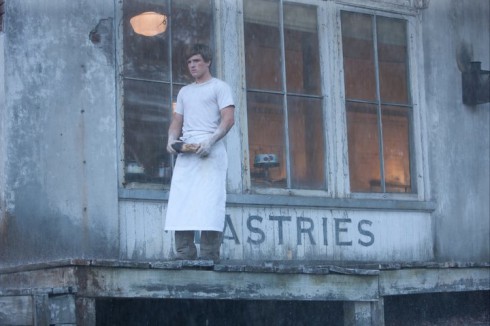 The next time Katniss really acknowledges Peeta is when they are both thrown into the Hunger Games. Does it reflect poorly on her that she doesn’t make more of an effort to get to know the boy who saved her life? Of course it does. One of the interesting aspects of Suzanne Collins’ novel, though, is that every one of its characters are damaged by the brutality of their world. Every one of them shows some scars from the starvation, marginalization, and abuse; and many of those scars are psychic. Katniss, despite her many virtues, doesn’t reach out to Peeta. She goes back to her struggle for existence, and she leaves him to go back to his. 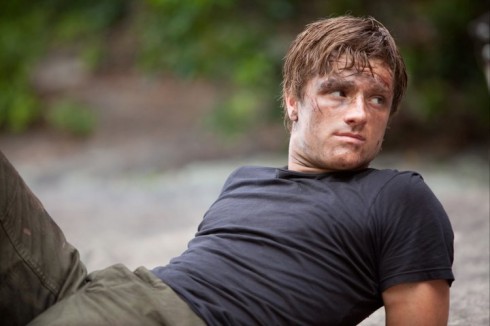 One of the real challenges for bringing Peeta off the pages of the novel and to the big screen will be how to play Peeta’s goodness and strength at the same time. It would be easy to portray him as a pathetic love-sick puppy without enough dignity to avoid letting himself be used by someone who doesn’t care for him as much as he cares for her. It might also be easy to play him as coldly resigned to his devotion to Katniss and to his self-sacrifice as its logical consequence. But neither of these Peetas would be true to Collins’ character.

Peeta is devoted to Katniss and is willing to sacrifice himself for her; but, his devotion stems from something that he is not willing to sacrifice, his humanity. To protect himself at her expense would be to give up something more important to him than his life, it would be to give up his soul. Is Hutcherson up to telegraphing all of these emotional and psychological nuances through Peeta’s soft spoken, spare dialogue? He just might be.