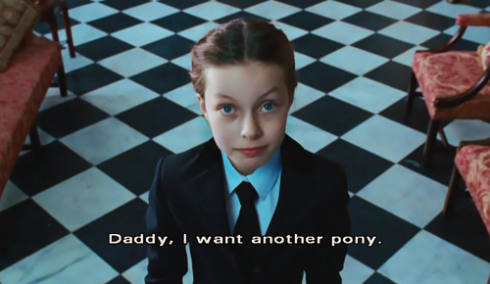 Texas teen Ethan Couch (16) got no jail time (and ten years probation) for a drunk driving accident that took the lives of four people because his attorneys argued a successful case based on the notion of”affluenza.” Is affluenza a real condition?

Couch’s lawyers, you can read about the decision here, argued that his divorced parents failed to set limits for him and gave him freedoms “no young person should have.” In essence, he doesn’t deserve to be punished because his own parents never punished him. Lots of pundits, and the families of the victims who lost their lives, are making noise questioning the validity of such a defense in the legal sense, so I’ll leave that issue to them.

Affluenza is not, and has never been, a diagnosis in the psychiatric bible, the DSM, but it is not a term made up specifically for this case. It seems to have originated as a non-medical term in 1997 with the book The Golden Ghetto: The Psychology of Affluence by Jessie H. O’Neill. The book talked about how affluence can make people feel entitled, make poor decisions, and turn to drugs and alcohol to self-medicate problems stemming from their poor coping skills and psychological turmoil. A 2006 book used the word in it’s title: Affluenza: When Too Much Is Never Enough, which argued that aspiring to be rich, or constantly chasing money and wealth, can lead to stress, depression, obesity, and a general empty feeling about life.

Psychologist Mary Gresham told CNN that poor limit setting happens across all socio-economic levels, and there is no evidence that rich parents are worse parents. The difference, of course, is that rich kids with poor impulse control simply have access to more money to buy drugs and alcohol, and access to more powerful cars. Because of that, “we’ve found the level of serious adjustment problems ranging from depression, anxiety, delinquency, substance abuse higher among kids of upper-middle-class families.”

Ironically, although “affluenza” may be a apt description of some harmful psychological conditions that stem from growing up wealthy with a lack of limits and poor impulse control, using affluenza as a defense to prevent legal consequences just seems to further his sense of entitlement and lack of limits and boundaries.