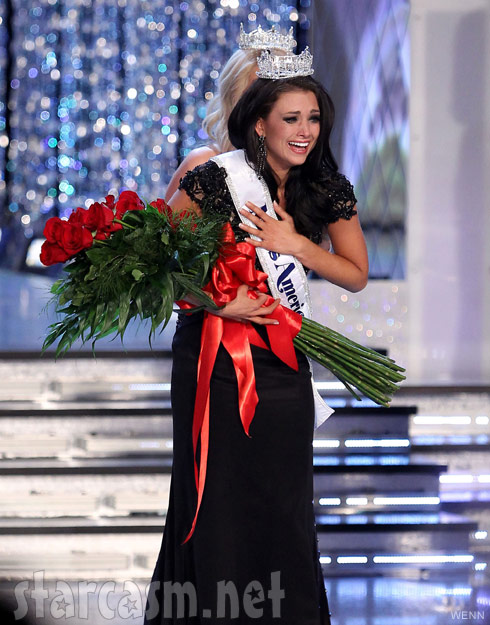 Though the platform may seem to be a an odd choice for this 23-year-old beauty from Kenosha, Wisconsin, but not after you find out Laura’s father, Jeff Kaeppeler, served 18 months in federal prison for a mail fraud conviction almost ten years ago. 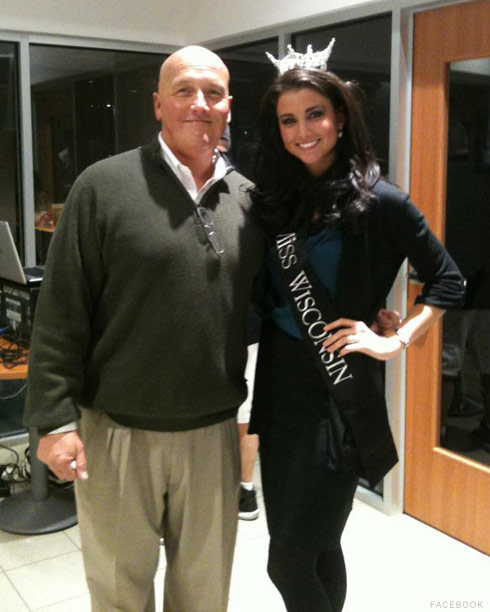 ^ Laura Kaeppeler and her dad Jeff Kaeppeler from Facebook

Jeff Kaeppeler said in an interview with the AP that he and his family supported Laura’s decision to make this very personal subject matter her platform, even though they knew it would bring a lot of media attention. “We’ve seen this come full circle,” he said.

After his daughter’s win in Las Vegas last night, at which Jeff was present, wearing a tuxedo and beaming in the role of proud father, he said of Laura’s choice, “It taught us that God can turn everything into good if you let him.”

So what exactly did Jeff Kaeppeler do to get arrested? According to numerous articles online he was an agent for Homestead Investments which was essentially a Ponzi scheme headed up by Kenneth Hackbarth that defrauded investors out of approximately $6.3 million.

Here’s a description of the scheme by one of the 117 known people that lost money:

The idea was simple, give him a minimum of $30,000 for a period of at least three years and he would invest that money in real estate. You would earn 15% interest a year on your principal. One small problem, it was all a lie.

Hackbarth was an usher at his Assembly of God church and a number of the victims were his fellow church members.

Another victim of the Ponzi scheme, Eleanor Cline, filed a civil suit against Kenneth Hackbarth, his son Mark, and Jeff Kaeppeler, who she said was an “agent” for Homestead Investments. She claims in her suit that she invested a total of $50,000 with Jeff Kaeppeler – an initial investment of $10,000 followed by another $40,000 investment. She says she did receive one $4,000 “dividend” check after placing a number of phone calls – a common practice in Ponzi schemes.

Kenneth Hackbarth would wind up pleading guilty to three counts of mail fraud and was sentenced to ten years in prison. His son Mark was not charged, although he was initially named in each suit I was able to find online. (Perhaps he was cleared of charges as part of his dad’s plea deal?)

Jeff Kaeppler’s mail fraud conviction must have stemmed from his role in the Homestead Insurance Ponzi scheme. He was also named in a civil suit, along with Kenneth Hackbarth and Mark Hackbarth, by Jeanette Romanowski totaling $89,527.67. As a result of the suit, Jeff Kaeppeler and his wife Susan Kaeppeler had their earnings garnished up until 2006.