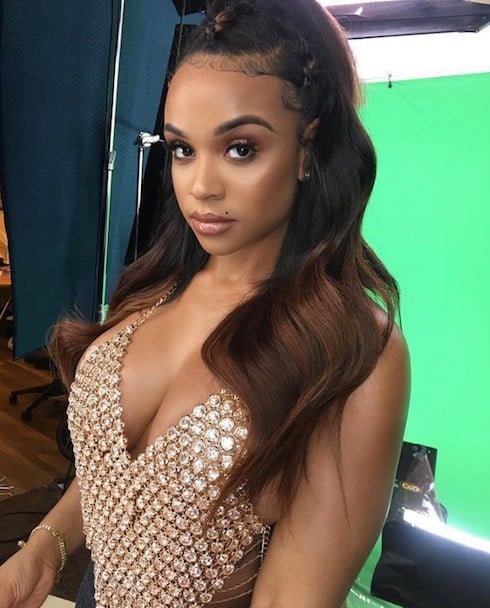 It probably won’t come as a huge shock to you to learn that ninety-odd percent of what happens on a reality television show is scripted and rehearsed by actors and producers before the cameras roll. Nonetheless, it’s still a surprise when word of an unguarded moment gets out–and it looks like Love & Hip Hop Hollywood is the latest victim to the #fakenews curse, thanks to gossip about a “brawl” between Masika Kalysha and Hazel-E last night.

ICYMI, there’s no love lost between the two women. In addition to Masika’s alleged prostitution receipts that Hazel shared a couple of weeks back, they’ve basically been itching for a showdown since Hazel teamed up with newbie Alexis Skyy and accused Masika of child neglect following reports that Masika’s daughter Khari accidentally ate a stray Xanax tablet shortly after filming began for LHHH Season 4.

So: keeping all that in mind, the first report on yesterday’s Masika Kalysha and Hazel-E fight came from noted gossip account @LHHTEA. Unfortunately, it looks like they’ve disabled embedding of tweets, but this link will take you directly to their tea: namely, that “Masika ran up on Hazel and ‘snatched her’ [wig],” but that things didn’t escalate because security got between the two women in “.000000000001 seconds.” (Devotées will recall that Love & Hip Hop Hollywood‘s producers banned all on-camera fighting, on pain of huge fines, before filming for Season 4 began.)

However, even sweeter tea comes from @BestRealityBlog, who quoted an alleged eyewitness to the pseudo-brawl. According to the onlooker, the confrontation seemed straight-up lame: the two women circled and shouted insults at each other in an empty club, while first practicing and then running through “hella takes” of the heat-of-the-moment encounter.

And maybe the saddest part? Apparently, even the drinks were fake.

An extra on set confirms #LHHH brawl! Claims everything down to the drinks were fake. Only thing real was the fade @masikakalysha delivered? pic.twitter.com/GUDqB5tWKu

No word yet on when the fight will air. Based on the details above, though, it sounds like it’ll be hard to miss 😉