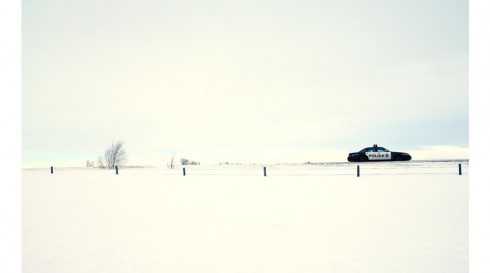 Tonight is the premiere of a Fargo, a 10-episode limited series inspired by the Coen Brothers’ classic movie by the same name. Based on critics’ early reviews, the show does its predecessor justice — largely because it’s a separate entity that really only shares a name and loose premise with the 1996 film.

According to FX, the show is “an original adaptation of the Academy Award-winning feature film” that “features an all-new ‘true crime’ story and follows a new case and new characters, all entrenched in the trademark humor, murder and ‘Minnesota nice’ that made the film an enduring classic.”

Hit Fix‘s Alan Sepinwall elaborates that the TV version is set in the same universe as the movie, just 10 years in the future and with different characters. And, although the project received Joel and Ethan Coen’s blessings, they weren’t involved in its actual creation. (Showrunner Noah Hawley told The Guardian that the Coens “were very complimentary about” the script and first episode.)

Similar to the film, the Fargo series features a salesman who turns to crime for a bit more money. In this case, it’s an insurance hawker by the name of Lester Nygaard. (Played by Sherlock‘s Martin Freeman.) 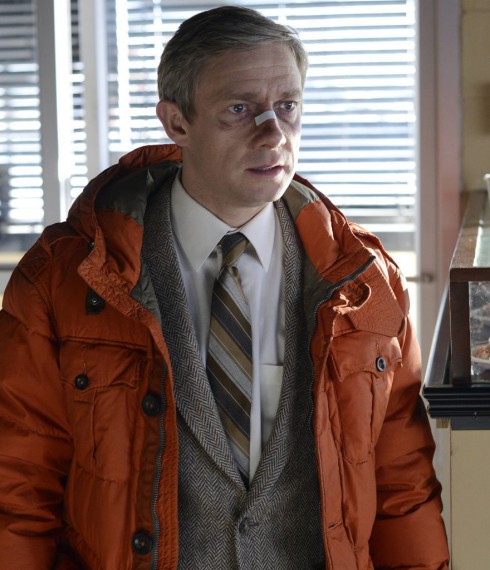 There is also a police chief who is expecting a baby. But, instead of a pregnant female cop, it’s male officer Vern Thurman (Shawn Doyle). He is aided by younger officer Molly Solverson (Allison Tolman), who Hit Fix‘s Alan described as similar to Frances McDormand’s character from the film. 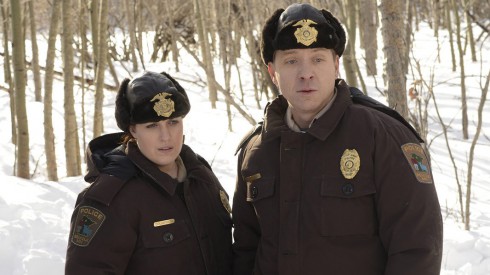 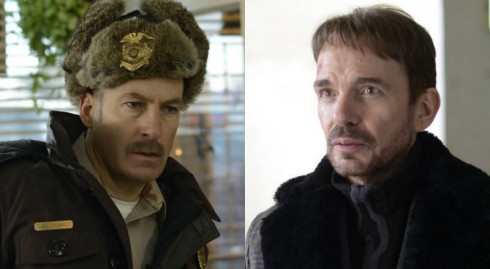 Just like the movie, the shows will begin with a “true story” disclaimer — when, in fact, neither tale is based on real events. The Guardian‘s Ben Arnold adds there are more cinematic parallels, including a crash sequence in the opening scene.

Writer Noah Hawley also promises there will be some Coenesque moments that fans of the original movie will appreciate.

“All I’ll say is that the Coens kill people in some very creative and memorable ways,” he told The Guardian. “It was my obligation to come up with ways of my own. I hope I rose to the standard.”