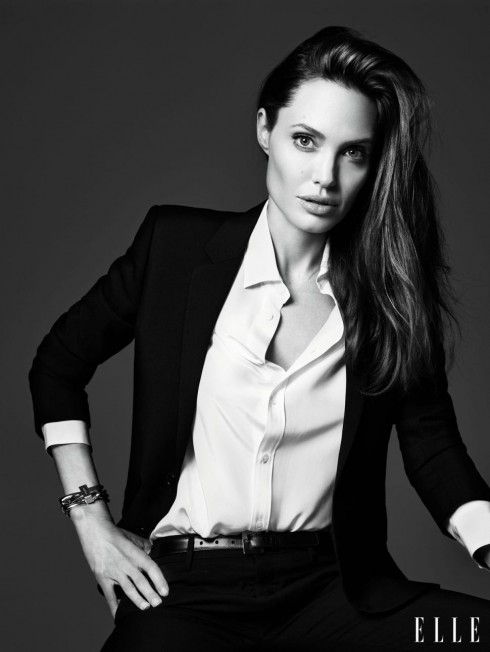 38-year-old. Angelina Jolie has something in common with Maleficent: they’re both misunderstood. When she was a starlet in her 20s, she was known as a dark, wild girl of Hollywood, who allegedly did drugs, french-kissed her brother, and had strange obsessions. She once revealed in an interview that she didn’t think she was going to live very long.

Jolie tells Elle magazine that her youthful antics were “misinterpreted as [me] wanting to be rebellious. And in fact it wasn’t a need to be destructive or rebellious — it’s that need to find a full voice, to push open the walls around you. You want to be free. And as you start to feel that you are being corralled into a certain life, you kind of push against it. It may come out very strange, it may be interpreted wrong, but you’re trying to find out who you are.”

She says she lived in fear of only “half” living her life. “I realized that very young — that a life where you don’t live to your full potential, or you don’t experiment, or you’re afraid, or you hesitate, or there are things you know you should do but you just don’t get around to them, is a life that I’d be miserable living, and the only way to feel that I’m on the right path is just to be true to myself, whatever that may be, and that tends to come with stepping out of something that’s maybe safe or traditional,” she says.

Angelina was married to Billy Bob from May 2000 to May 2003, and their relationship was partly contributed to her reputation. They raised quite a scandal by wearing “vials” of each others blood around their necks. In 2008 Angelina cleared up a bit about that vial of blood. “It was never a vial anyway. It was like a flower press. It was like from a slight cut on your finger and you press your fingerprint in,” Angelina explained to Entertainment Weekly. “It was kind of a sweet gesture. I thought it was kind of romantic! I still love him dearly and think the world of him and I’m proud to have been his wife for a time. I don’t believe in regrets. It’s a dangerous habit to get into — it makes you pause in your life if you start thinking back and questioning yourself.”

Angelina had a massive tattoo with Billy Bob’s name on her arm that now is now faded and covered up with the birth locations of her children and fiance Brad Pitt.

Billy Bob wrote a song about his love for her called “Angelina.”

But I said, that’s okay, you can be a girl
Yeah, Angelina, can you feel it?
Watching angels as they’re dancing up above
Angelina, what’s come between us
Could it be the magic and the mystery of love?

After they broke up, it was clear that Billy Bob still carried a torch for Angelina. He’s been married five times and had four children, but Angelina’s the one he never stops bringing up. A few weeks ago while promoting Fargo, Billy Bob said this about his ex-wife: “She’s amazing, amazing,” the star of the new FX series Fargo said of Jolie. “She’s got so much energy and so much goodness in her, and we check in on each other all the time. She makes sure I’m doing okay. I make sure she’s doing okay.”

Just last November Billy Bob lamented “blowing” his marriage to Angelina. He told The Sun, “I thought I was not good enough for her and I was too.”

In other Angelina news, she’s currently working on a film with partner Brad Pitt, who she has six children with. She wrote the script, and this is the first time the couple has been on screen together since they met on the set of Mr. and Mrs. Smith.