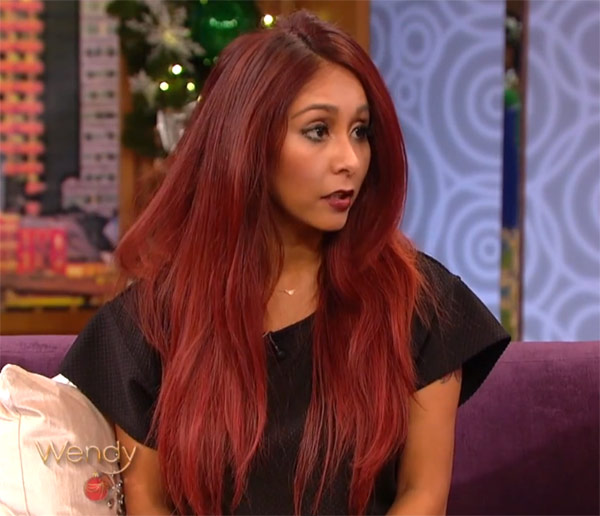 As you’re probably aware, Nicole “Snooki” LaValle was married on Saturday, November 29 in a lavish, Gatsby-themed affair that not only featured 17 BRIDESMAIDS, but also served as a Jersey Shore 5-Year Reunion with Snooki’s former co-stars JWoww, Pauly D, Sammi, Ronnie and Deena in attendance. Notably absent from the shindig was Mike “The Situation” Sorrentino and fan-favorite Vinny Guadagnino, and during her recent appearance on The Wendy Williams Show, Snooki explained why neither were invited.

Here’s the clip followed by a transcript of the conversation about Vinny and Mike, which starts right around the 3:15 mark:

WENDY: So, OK, um, the Jersey Shore cast mates were there, but there were two people missing.

WENDY: Vinny. Well, Vinny and you — it was always kind of sketchy as to whether you guys had, um, sex. I remember you saying something — I remember your line on the show was, ‘Vinny is like putting a watermelon into a pinhole.'”

WENDY: You remember that?

WENDY: Ew! [laughs] So I guess you didn’t invite him because of the past? 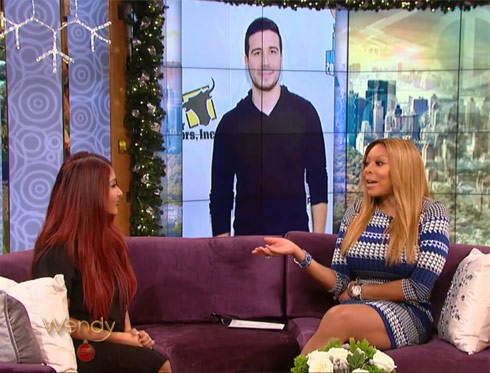 SNOOKI: Um, no. Actually me and Jionni were over that, it was just more of recently he’s been saying some things about me that I didn’t like, so I’m like, ‘I don’t consider you a friend if you’re gonna say things like that.’”

SNOOKI: Yeah. So I haven’t talked to him in a while. And Mike, obviously we all know we don’t talk, so.

WENDY: No! A lot of people don’t know that because when he was here, um, he said that h hadn’t talked to you in a while, but — and he said also that you live right around the corner from each other — but, he never said why you don’t talk, and I forget why it is that you don’t talk. Why don’t you talk?

SNOOKI: He was just wasn’t a good friend either. You know, he made up stories — we’ve all seen it on the show. 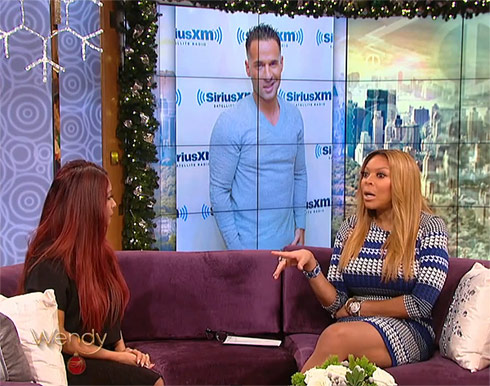 WENDY: Is this back when he was a big shot?

WENDY: Well, I mean, because he’s going through something horrible right now.

SNOOKI: I know. I definitely feel bad for him, but, you know, we’re not close.

Be sure to continue following Snooki’s journey to the altar with new episodes of the very last season of Snooki & JWoww airing Wednesday nights at 10/9c on MTV!

Watch Online Jersey Shore Episode 7 “What Happens In The AC”