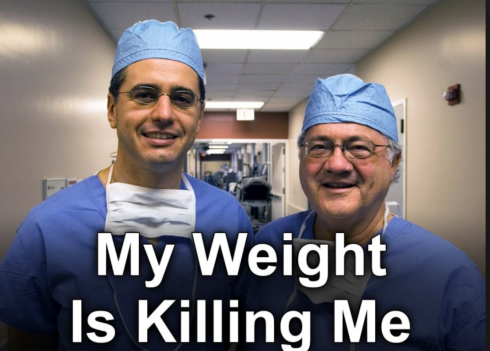 On the heels of the success of TLC’s My 600 lb. Life, the network’s been retiring a 2007 documentary series My Weight is Killing Me (It previously aired under the title Big Medicine.) The show features a bariatric father-son team as they intervene on morbidly obese patients.

Like My 600 lb. Life‘s Dr. Nowzaradan, father Robert and son Garth Davis operate out of Houston, TX. Patients who have given up a degree of hope travel from far and wide to receive what could be life-saving surgery. As both shows documents, weight loss surgeries are not a “quick-fix,” and although the body is physically altered, often appetites increase to normal levels after the healing process. Weight loss, even after surgery, still comes down to eating less and exercising more.

One patient on My Weight is Killing Me who wasn’t obese before weight loss surgery was Dr. Robert Davis’ daughter and Garth’s sister, who only weighed about 184 lbs. at the time she got surgery. She had lost a great deal of weight, and looked healthy on the show but she was having complications, and had to travel to Houston to have her family offer her a bit of relief. Since the series first aired, the son, Dr. Garth Davis, has completely changed his viewpoint on weight loss. He now advocates a plant-based, whole foods diet and lifestyle change before resorting to surgery.

He’s been on this vegetarian plan himself, and recently shared these stunning results. The photo on the right is Dr. Garth “about 8 yrs ago.” He says, “all I ate was meat. Every meal was some kind of animal protein. I felt like hell and I was only 37. Left is me now, eating nothing but plants. Lots of carbs, lots of fruits. The difference you can see but the most dramatic changes don’t show up on a selfie. My cholesterol has plummeted. My energy level is through the roof.” 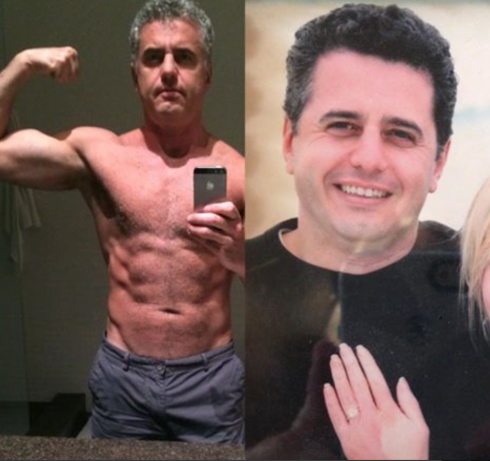