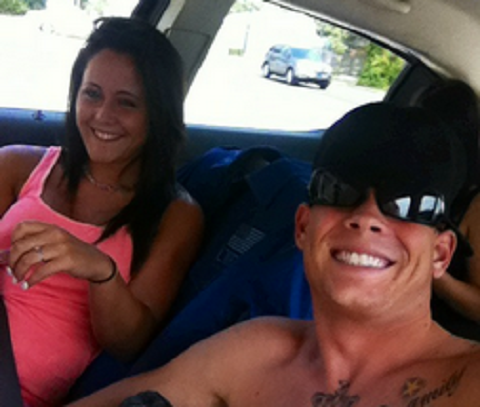 Teen Mom 2 star Jenelle Evans’ and her fiance Gary Head have been M.I.A. on Facebook and Twitter since Saturday, June 23rd, which has left their friends and followers wondering what happened. (I confess my thoughts went right to elopement.) But, it now appears that for Gary at least, his excuse is that he spent the weekend in jail!

UPDATE – It wasn’t just Gary, Jenelle was arrested as well! We spoke with Jenelle’s attorney and a representative from the bail bonding company that bonded Gary out of jail. Click to get all the details on their arrests, including what they were both charged with.

Gary’s brother, Travis Head, broke the news first thing on Sunday morning when he tweeted, “Another drunk love night!” and then, “Man f*** that b!tch!!!! My bro in jail”

Sunday night Travis announced, “Off tmmrw! To go bail my bro out with this 4g” before sharing the good news earlier today, “My bro is officially out on bail!!!”

Gary returned to Twitter to ask Jenelle, “Do you know where my keys are” before answering his own question a soon after with, “I found them.”

We don’t know any of the specifics of what happened, but from what we can gather it appears that Gary was arrested after an incident that resulted in the bashing of Jenelle’s iPhone. As soon as we know anything we will be sure to update. If you know anything feel free to comment below or drop us a line at starcasmtips (at) yahoo.com! We can confirm that Gary was arrested, and was bailed out today.

Meanwhile, Jenelle’s last tweet was on Saturday and was directed at Gary and another friend who we’re apparently chilling at her house, “no house party over here haha my house my rules” We’ve reached out to Jenelle for comment, but have yet to hear back.

As you may know, Jenelle and Gary had a spat at the end of last week that led to Jenelle calling the police, only to have the couple reconcile an hour later. That kind of immediate reconciliation is a little harder to pull off when one of the two people involved is in jail.