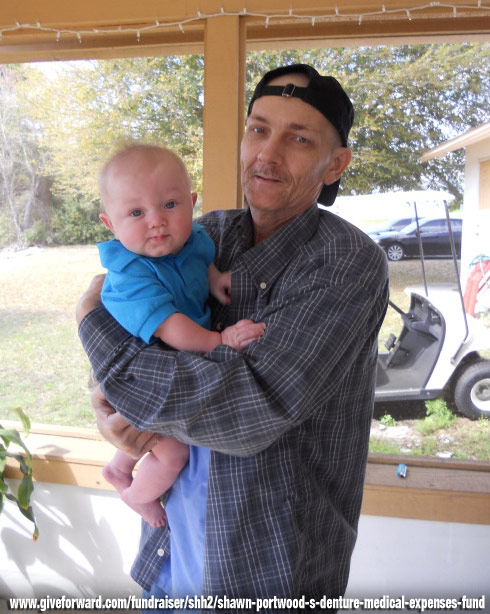 Teen Mom star Amber Portwood is asking for prayers as her father Shawn Portwood (seen above) fights for his life in an Orlando hospital after his liver completely failed.

Amber first broke the news to fans on Twitter on Thursday when she confirmed that she would have to back out of attending a local authors’ event in Anderson, Indiana over the weekend:

@KellyD_THB @andersonlibrary. I'm very sorry I'm heading to Florida my father is in the hospital at the moment..sending love

Amber followed that up with another tweet on Sunday:

Asking for #prayers for my dad from my friends and followers on Twitter please. He is in ICU and in rough condition. Thanks to you all.

Sean Daly of The TV Page spoke with Shawn Portwood’s brother (Amber’s uncle), David Portwood, who says of his brother’s condition, “He has a very high concentration of pneumonia in his system right now. His liver is not functioning anymore. It has completely failed.”

* David had posted a photo of Shawn which we originally included in the post, but we have since removed it at the request of the rest of the family.

Shawn has since been taken off the ventilator and is waiting to be transferred to another medical facility as he awaits a new liver.

UPDATE – We originally included a tweet from David in which he suggests Amber had not visited her father in the hospital. Amber has since angrily responded to David on Twitter, writing “I just left today I’ve been there every single day for the last 3 days! You heartless idiot!!!!!!!!” she tweeted before adding, “ask grandma Harlene and my brother…absolutely ridiculous.” After some more angry tweets (which seem completely justified given the situation), Amber calmly set the record straight: “Just to clear the record I was in Florida the morning after I found out my dad was in ICU and by his side until I left this morning.”

She even reached out to her brother Shawn to confirm her story:

@starcasm @ShawnPortwood bubby was I or was I not by dad's side with you and grandma these last 3 days???

We have since spoken with Shawn Portwood Jr. and he verifies that David’s accusations are completely unfounded and that the family is very upset at his actions. Shawn also took to Twitter to publicly condemn what David did. “I know my dad wouldn’t want us to see him like that let alone the rest of the world and soon enough my uncle will have to face me,” He wrote. He then added:

My dad would roll over and die if he knew my uncle did this. And one last thing…there is no way in hell my dad could say he wanted to “die” because he has been in a coma since Thursday. He cannot even respond to basic commands, such as “squeeze my hand, dad” or “blink your eyes for me, dad.

I want everyone to know that some of my family members are very distasteful with their actions. However, my sister and I did see our dad and shared many tears by his bedside. We love our father dearly regardless of anything brought up about our past. He is our heart and soul. We just ask that this remain a private and family only matter. No one would want to see their parent like this and now it is out for everyone to see. WHEN my dad gets better, he will have a lot of soul searching to do within his so-called family (@portwood_david). I just hope he is able to forgive his brother for the things he did better than I. I don’t forgive easily and am scarred by the picture your distasteful a** took of my father with your nasty a** gf. Go to Hell you POS. I will see you very very soon. You have to answer to me now.

Amber’s dad has had a history of health issues, having dealt previously with liver disease and cancer. Fans of Teen Mom might remember Amber’s emotional reunion with her dad during the “Being Amber” special. She pointed out that when she went away to prison there was a very good chance that she would never see him again given the severity of his health problems.

Here is a photo of Amber and her dad (and Amber’s mom in the background) at the airport after their reunion: 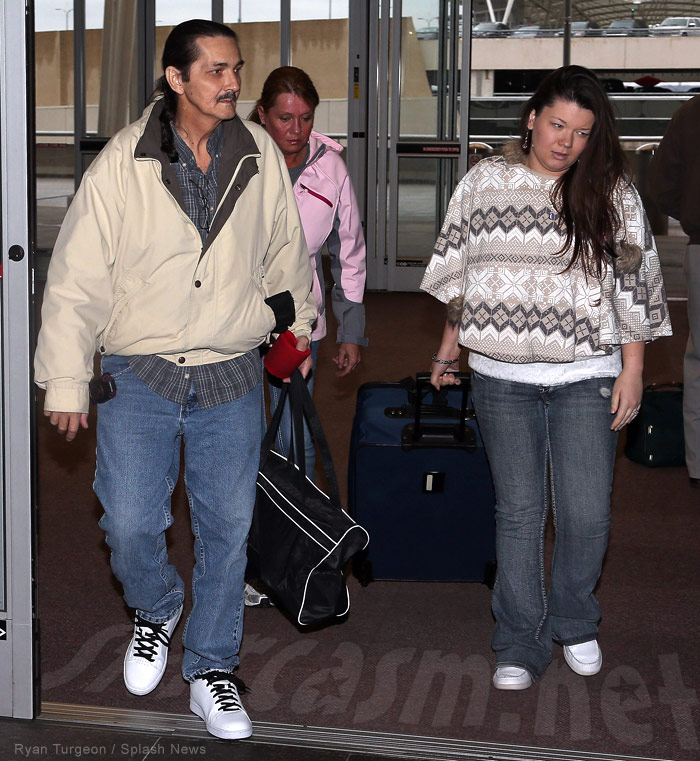 Amber’s brother Shawn Portwood, Jr. launched a GiveForward campaign in June of 2013, as we previously reported. Here is a moving excerpt from that campaign in which Shawn, Jr. admits that some of his dad’s health issues are because of his bad choices, but that his dad has more than paid for those with the amount of pain and suffering he has endured: 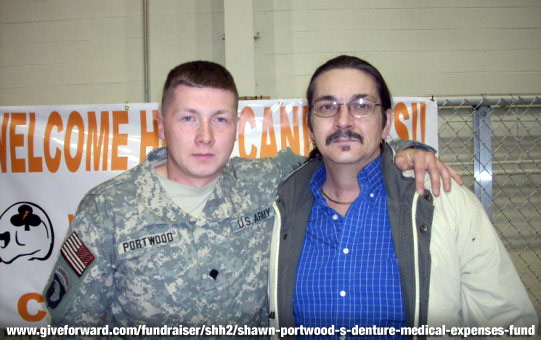 His life has dealt him a lot of bad hands and he has dealt himself some as well. However, I believe he has paid for all of his mistakes with the pain he has been in for almost a decade. He is so weak and a lot of organs are slowly failing. His thyroid is not working like it should as well, which is causing him to be weak.

My father has never asked us for anything. He is too proud to accept help but sometimes you need it. I want to at least give him the gift of dentures [he had his teeth removed to treat the cancerous tumor on his voice box] so he can enjoy a steak again or anything that many take for granted. He has endured too much pain and I can only hope that this will lift his spirits and help him work on his health.

Our thoughts are with the Portwood family.