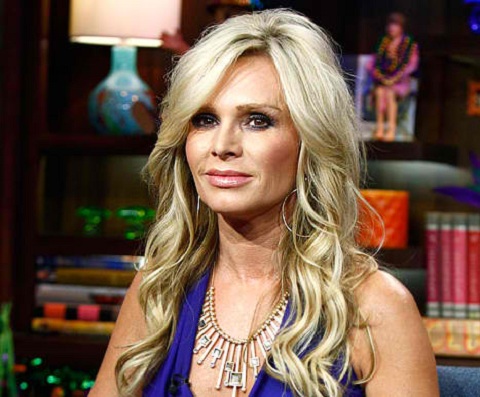 Real Housewives of Orange County star Tamra Barney was in court earlier this month to battle ghost writer Heather Hummel who had sued her in small claims court for breach of contract. Although Tamra was ordered to pay $3,000.00 to Heather, the war is still not over. Both Tamra and Heather, along with a third source, are all speaking out.

Tamra herself took to Twitter earlier to tell the world that Heather was just an ”opportunist that got mad because she couldn’t get on the show so now she is going to the press to get her name out.”

Now, a second source is coming out and backing Tamra’s story. “Heather wanted this book to relaunch her career, she wanted to be on TV. She told me she was going to get a makeover and all this other stuff but when she found out Bravo decided not to include her parts in Real Housewives of Orange County she got angry,” the source tells Rumorfix.

Heather also took to Twitter to tell her followers, “One look at my bio/credentials and anyone can see my name is already out there. She was afraid Simon was going to sue her over the book.”

Whether or not Heather is telling the truth is up for debate. However, if Tamra was the one giving her the information for the book, she surely wouldn’t give Heather anything that would lead to a lawsuit. Plus, if Tamra had given her information that she later worried would come back to haunt her, she, being the author, would have the right to remove it.