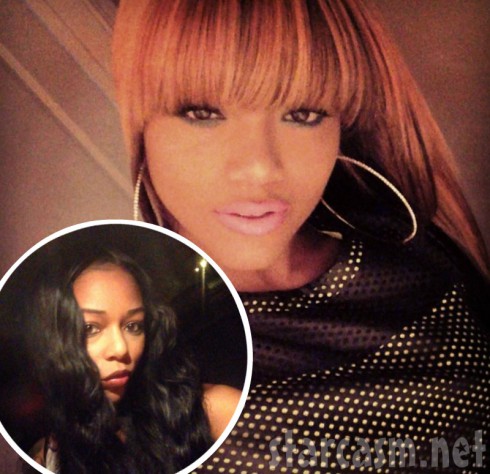 These days, there seems to be very little love among the Love & Hip-Hop Atlanta cast…

Earlier this month, LHHATL‘s Erica Pinkett was reportedly attacked at an area nightclub. According to Media Takeout, Erica was jumped by a woman who tried to slash her face with a razor blade. Erica protected herself, but ended up requiring approximately 100 stitches to her arm. Insiders said the place looked like a “horror movie” because of all the blood.

Ever since then, Erica’s claimed the attack was ordered by her LHHATL rival, Bambi Johnson: Erica shared this picture on June 12, four days after the assault. In the comments section, she publicly accused Bambi of ordering the attack. 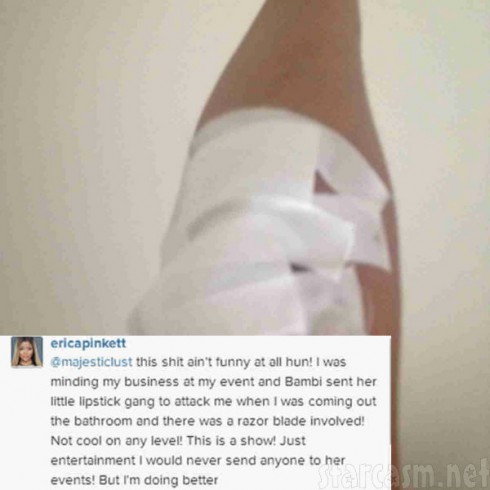 Erica’s reasoning was that the attack came hours after she filmed a music video with Bambi’s boyfriend, Scrappy. That reignited the longstanding feud between the two ladies, which has already led to a physical altercation on the show.

This time, Erica reportedly told police that Bambi tried to get smart by hiring a hit woman to do the dirty work. The suspected hit woman, Stephanie Nicole Harp, was arrested today for committing aggravated assault with a deadly weapon. 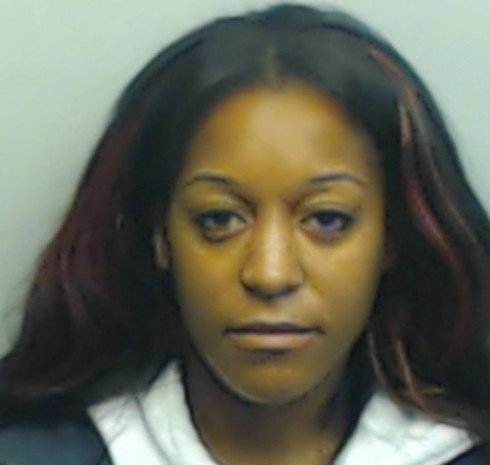