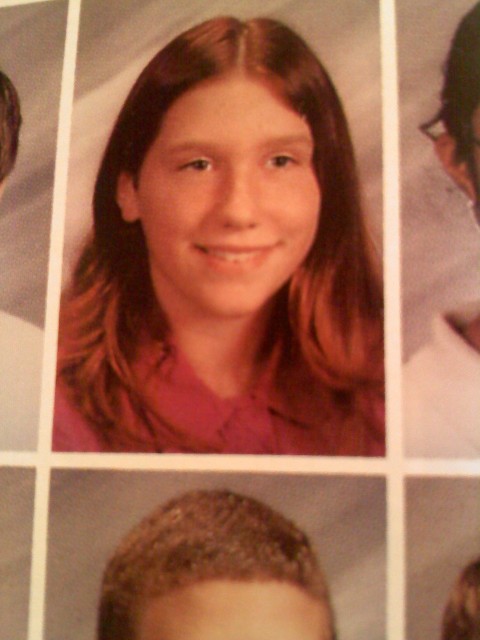 Ke$ha is the latest “outrageous” poptart to take the world on and she’s doing it with snarly intonation, debauched lyrics, and a glittery-blond bedhead, but she wasn’t always so under the influence of Hot Topic and Jack Daniels. She was once just a regular 7th grade girl, as pictured above from her brother’s yearbook.

She also didn’t used to wake up feeling like P. Diddy, she used to feel the 90’s alternative vibe of losing herself and feeling inadequate. Here’s a clip of young  Kesha Sebert singing Radiohead’s “Karma Police” in a high school talent show,  back before she cried glitter tears (found via EarSucker):

Rihanna to cancel US tour because of low ticket sales?