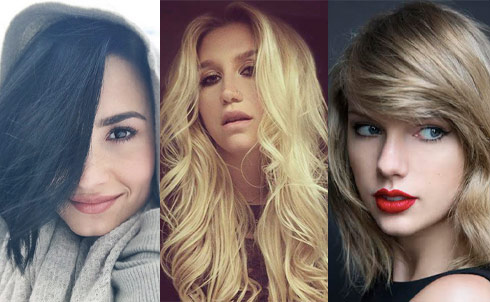 Demi Lovato has backtracked from her criticism of Taylor Swift’s financial donation to Kesha, who’s in an embattled legal fight with producer Dr. Luke.

Swift donated $250,000 to Kesha after a New York Supreme Court judge on Friday denied the “Tik Tok” singer’s request for a release from a recording contract with Sony and Dr. Luke. Kesha has accused Dr. Luke of sexually assaulting her–claims the famed producer denied vehemently in numerous tweets yesterday.

When hearing about Swift’s donation, Lovato was motivated to tweet the following Sunday:

Take something to Capitol Hill or actually speak out about something and then I’ll be impressed.

After garnering a lot of attention for her condemnation, Lovato attempted to explain herself Sunday night in a lengthy post via Instagram:

As most people know, I tend to get fired up about the things I believe in, and although my heart and intentions are always in the right place, unfortunately sometimes my passion gets the best of me and causes me to say things that I probably shouldn’t say. And when doing so it takes away from the real reason I am speaking up in the first place. Our focus should be on the topic of victims of sexual and physical abuse being afraid to come forward with their stories. They’re more likely to face retaliation and harassment than to see justice being served. Especially women. It baffles me that when it comes to serious issues like equality and abuse, too often women are not taken as seriously as men. All I want to see is women coming together and actually making a difference. A real change and shift in society. Everyone has their own way of giving support to others , and at the end of the day, helping victims is all that matters. Ultimately, the message I want people to hear is it’s okay to come forward with your abuse and if you do decide to take action, you are not alone.

Lovato was outspoken in support of Kesha after the ruling. She tweeted, “#FreeKesha ? this is only gonna make you stronger, you brave and beautiful girl. Prayers are with you ?? @KeshaRose” adding, “Someone tell me why anyone would ever feel brave enough to come forward if they are most likely to be ignored or called a liar?”