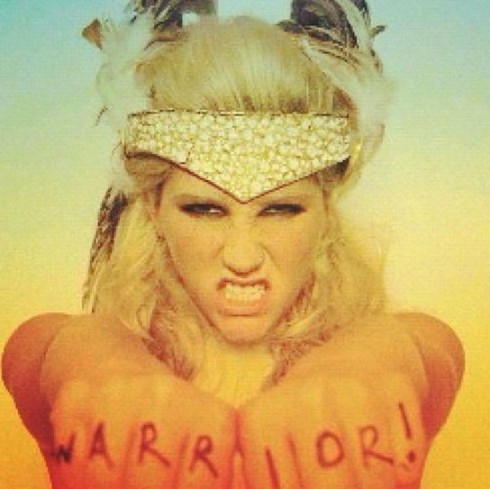 Part of Ke$ha’s eating disorder rehab treatment involves art therapy, and the pop star’s favorite art involves a part of the human anatomy. Occasionally Ke$ha has her friend tweet thanks to her fans for support, but yesterday her friend asked for something. “She’s doing well and needs more of your teeth to make art with at the treatment center. She misses you :)”

In 2012 Ke$ha made a similar bid for teeth, and her fans more than obliged. “I asked for them to send me their teeth and I got, like, over 1000 human teeth,” she told BANG Showbiz then. “I made it into a bra top, and a headdress, and earrings and necklaces. I’ve worn it out.”

Ke$ha’s going to have to find different material to work with, however, because her rehab is rejecting teeth sent to the singer because they “can’t accept human remains.” The center’s rep further explained, “There is always a risk that it could be of bio-hazardous material so we are not able to bring in anything that’s real.” They will accept fake teeth, though.