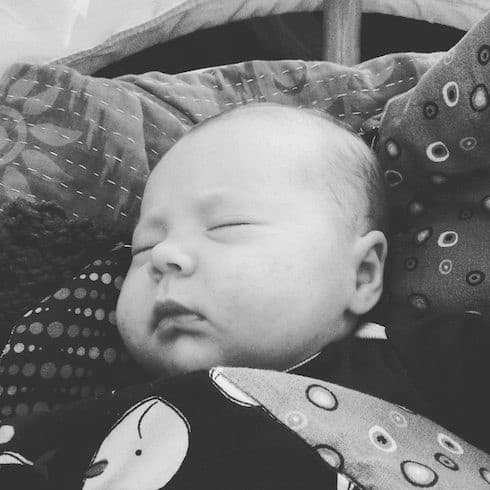 Alaska The Last Frontier Season 6 is underway, which means it’s time for another huge Eve Kilcher baby update! Little Sparrow Rose is now well over one year old, and, though she’s appeared on the show, she does most of her growing when the cameras are far away from the Kilcher homestead. Fortunately for die-hard fans, Eve and Eivin’s cameras are never far away 😉

Eve spoke to People last year, shortly before Sparrow’s birth on September 28, and revealed that she was looking forward to her daughter’s arrival in part because her second pregnancy had been more difficult than her first.

“I’ve been a lot more tired,” she said, adding “I definitely don’t get as much rest as I would like.” And the presence of then-22-month-old son Findlay did not always make matters easier: “Findlay is a great boy, but chasing an almost 2-year-old is exhausting.”

And, yes, Eve did acknowledge that both she and Eivin were happy about the prospect of their very own little girl. “We’re really excited because we love our little boy, but it’ll be fun to get a little girl,” she said. “There are a lot of boys in Otto’s family, so I think all the grandmas are fairly elated.”

Judging by the photo spread below, their elation hasn’t abated one bit! Here’s something of a summary of Sparrow Rose’s first year (and two months) of life, courtesy of mom and dad:

Sparrow and I on a snowy walk to the high tunnel to pick the last of the greens. #homesteadkitchen #homestead #food #garden #sustainablefood #sustainable #healthyfood #alaskatlf #alaska #alaskathelastfrontier #thekilchers

Additionally, here’s a picture of some truly massive Swiss chard that Eve grew in her covered tunnel. Not exactly Eve Kilcher baby pictures, but, given that she and Elvin have a new cookbook out, it seems somewhat appropriate 😉

Just for throwback’s sake, enjoy a couple shots of little Findlay shortly after he was born:

Kristen Bell and Dax Shepard made a baby!