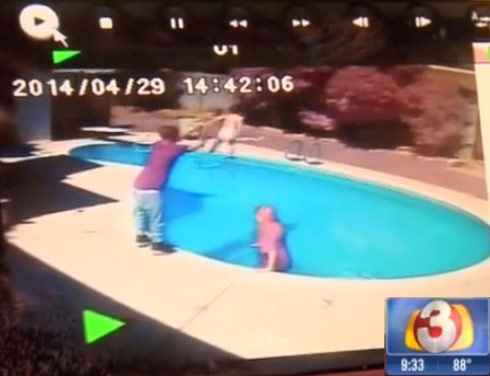 An Arizona man is in jail and facing felony child abuse charges after he was seen in a surveillance video throwing his 23-month-old daughter into a swimming pool as a means of punishment. Corey McCarthy of Phoenix can be seen in the clip throwing his toddler daughter Mia high into the air before she lands face-first in the pool and another woman retrieves her.

According to police, McCarthy was attempting to punish Mia and teach her a lesson about the danger of playing around water after she dropped a puppy in the pool and it drowned. Needless to say, Mia’s mother Samantha was outraged at the clip and she spoke with KTVK about notifying police. “I am very angry and I’m very hurt and I just hope that my kids are going to be OK from this,” she says. “People make mistakes, but this is past a poor decision and a mistake. This is a child.” 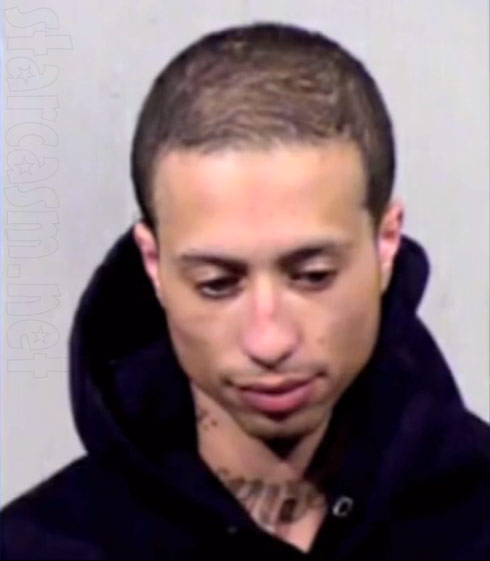 This is pure speculation, but I’m guessing some of McCarthy’s fellow inmates have also seen the clip because according to his family he was in the infirmary at the time of the news report after being beaten up while incarcerated — twice.

Meanwhile, Corey McCarthy’s brother D.J. later spoke with KTVK in defense of his brother. “Corey told me he realizes what he did, he didn’t mean to do it to that extent, that he was trying to teach her water safety, but which I told him, ‘In that video, Bro, that’s not water safety, you could have went about that a different way,” D.J. says.

D.J. then went after Mia’s mother Samantha for speaking to the television station about the incident. “I’m not denying that he did wrong, he did wrong, but for her just to blast him on TV like that was just ridiculous,” he says. “He was already in jail, he was already charged. I think she just wanted 15 minutes of fame. She’s a deadbeat mom.”

“He knows what he did, he knows he’s ashamed, it’s just hard seeing my little brother in jail,” D.J. says.

Of course, the “deadbeat mom” comment ired Samantha’s family, and Mia’s aunt, Kaitlyn Smith, later interviewed with KTVK and even allowed them to film little Mia, who seems to be doing well after the incident:

Kaitlyn seems to suggest that it is Corey who is the deadbeat parent, telling KTVK that he was essentially just baby-sitting Mia at the time of the incident and that he has never really played a big role in her life. “What happened was horrible and thank God Corey got exactly what he deserved, but Mia doesn’t have to relive that,” Kaitlyn says. 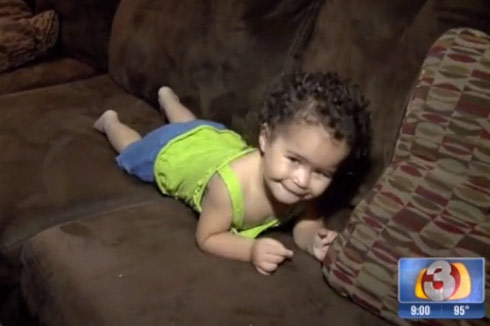 As far as Mia (pictured above) goes, Kaitlyn says “It was scary at first because you want to think she’s never going to have to remember that; she was too young,” and then she adds, “We’re never going to know until she’s able to tell us, but for now she’s showing no signs, so that’s good.”