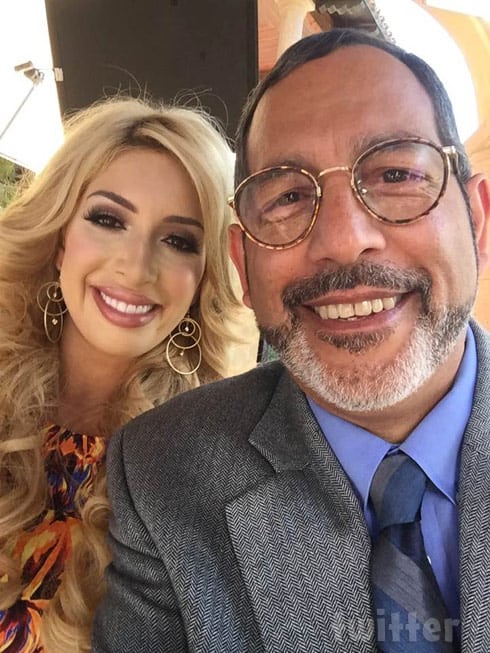 On Monday night, Teen Mom OG star Farrah Abraham announced that MTV had fired her from the show, due in part to her decision to participate in adult webcam shows. Farrah lashed out at show producers over the firing, claiming that their reasons for terminating her equated to “sex shaming” and she called the firing a “hate crime.” Later, Farrah would reveal that the legal department for MTV’s parent company Viacom had informed her that she had not been terminated, but that did little to temper her outrage over what she then called a “fake firing.”

It’s still unclear exactly what happened, so we reached out to Farrah Abraham’s dad, Michael Abraham, to get some clarity about Farrah’s firing and her future with MTV.

STARCASM: So, Michael, the big question on everyone’s mind is: What the Hell happened on Monday?

MICHAEL: I was out of town. Farrah and Sophia were working (Farrah’s stores and Sophia school) and we weren’t scheduled to film till Tuesday. Morgan J. Freeman, Teen Mom OG’s executive producer, called and asked me to contact Farrah to see if she would call him to discuss meeting with him and film because she was allegedly not picking up her calls. I relayed the message, to which Farrah said yes they could film at their home.

What went down was Morgan broke the 4th wall (producers filming with cast members) and started sex shaming Farrah and saying that she is basically “fired”. Farrah was shocked. He continued berating my daughter, bullying her, discriminating her, judging her, and sex shaming her. Filming stopped. We called our attorneys to contact Viacom.

Morgan did this on camera. He had no authority to have a discussion with Farrah regarding her contract. He manipulated me for his own gain and put my daughter on the spot for “production” gain…the “shock factor”. His unnecessary drama, hate, personal judgment against women, and sex shaming is wrong. It was premeditated and planned.

I was out of town but the home(s) security cameras got it all including all the audio. The filming took place on the back patio. 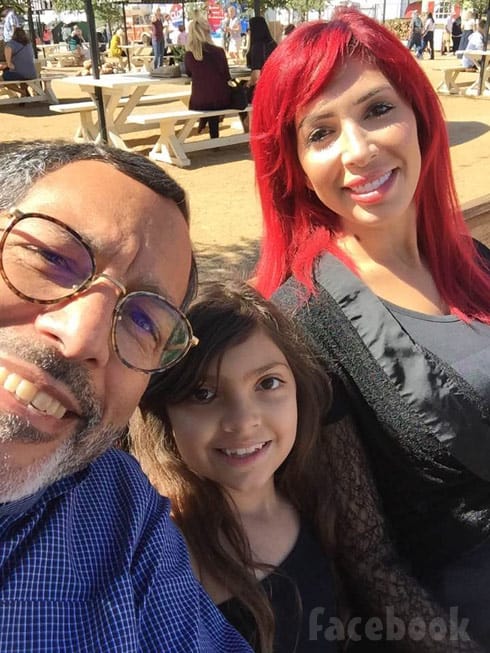 STARCASM: There have been reports that part of the reason MTV was motivated to let Farrah go was because she is difficult to work with. What’s your take on that perception of Farrah?

MICHAEL: When Farrah and our family are not being kept in the loop, or production changes plans to skew facts – yes, we are going to challenge it – that’s not being difficult, that’s doing what is right. Now, if you’re talking about her not sharing a stage with her cast members … it’s about insuring safety. The production company has FAILED in the past to keep volatile cast members from physically and verbally attacking our family. That is being safe, not hard to work with.

STARCASM: Judging from Farrah’s posts about the “fake firing,” she perceives this as a personal issue between producers and her. Do you feel like show producers have something against Farrah personally?

MICHAEL: Some do and some don’t. Farrah has been on more TV shows (other than Teen Mom shows) than any of the other cast members and worked with different TV networks and production companies – and has personal/working relationships with many executives from different TV networks. With that experience, she knows bullsh!t/manipulation when she sees it. 11th Street doesn’t like her strength, confidence, or independence – even though this next season’s mantra is all about the Teen Mom OG woman being stronger and more independent. 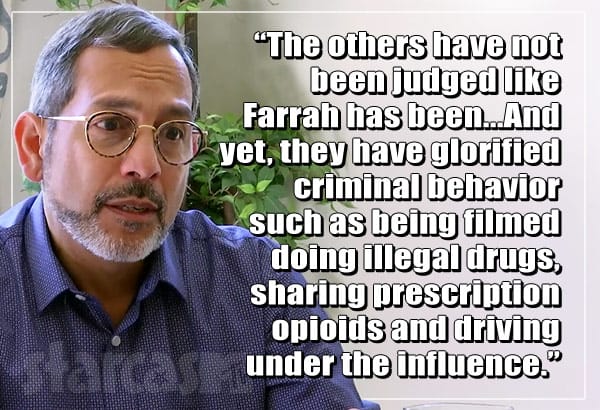 STARCASM: And do you feel they treat the other moms differently?

MICHAEL: Yes, absolutely! Some of the production staff have very close relationships with other cast members …… some married into cast members’ families… some are God parents of cast members children etc. The others have not been judged like Farrah has been. You haven’t seen production executives harass, interrogate, threaten, sex shame or spew hate to the other cast members. And yet, they have glorified criminal behavior such as being filmed doing illegal drugs, sharing prescription opioids and driving under the influence, (again with opioids). There definitely is a double standard!

STARCASM: Farrah has since revealed that the legal department for MTV’s parent company Viacom has informed her that she hasn’t been fired. What does this mean for the future of Farrah and Teen Mom OG? Will fans be seeing her again after the new season that kicks off November 27?

MICHAEL: Filming was scheduled and at this time we are ready to film as soon as the Viacom corrects items and people on their end – Farrah was never legally fired, she was never in breach of her contract, she never cancelled filming. Time will tell. As shown on Monday’s Teen Mom OG upcoming trailer – Farrah will be there!

If they elect to discriminate against Farrah (who is a single mother) for her doing something that is not illegal and which is a part of many teen parents’ and single parents’ lives, or removing/or firing her at a future date because “she is not what Teen Mom represents” then they (MTV) lost what this show was meant to be – showing real people’s lives without TV production manipulation.

Thanks to Michael for taking the time to speak with us at what must be a VERY crazy time for him and his family! I want to iterate that it is still unclear at this time whether or not Farrah will continue filming for Teen Mom OG. Michael says he and his family are more than willing to continue to film, but production is currently still at a standstill.

It is also unclear how the Farrah firing will affect MTV’s plans to film her mother Debra Danielsen’s wedding this month. Farrah’s pregnant co-star Amber Portwood was planning to be in attendance, so I simply cannot imagine that if she does attend the wedding that MTV cameras won’t be there to capture it! (Of course, Amber has a pretty good excuse at this point to cancel.)

I should also point out that Farrah is currently appearing on the MTV UK series Single AF. There is no indication that producers of that show have any issues with Farrah personally, or with her professional decisions.