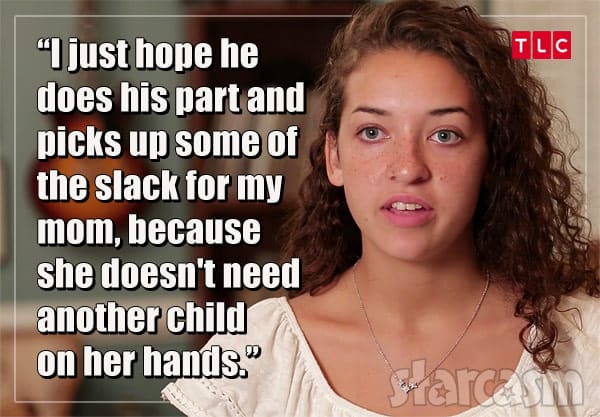 We are only 2 days away from the return of 90 Day Fiance: Happily Ever After, and the generous peeps at TLC have provided some dramappetizers to tide fans over until Sunday night’s premiere in the form of two extended preview video clips!

In the first clip, we see the return of Molly Hopkins’ debul-averse Dominican annoy toy Luis as he and Molly reportedly try to give their relationship another try. In the scene, we see Luis apologize to Molly’s daughters Olivia and Kensley. The two young ladies seem way more woke than their mom, and are extremely reluctant to believe him:

Luis begins by apologizing to Olivia and Kensley and saying that he “juss wanna feex evryting.”

Olivia responds by reminding Luis that he took off, leaving her mother devastated. “When you’re an adult, and you have responsibilities, you can’t just go to another place whenever you get mad,” Olivia says. “You’re supposed to be able to talk about things and work it out.”

Luis insists that is exactly why he is back, but Olivia lived firsthand what viewers saw last season on 90 Day Fiance, so she doesn’t believe what he is saying is “from the heart.” She adds: “I just hope he does his part and picks up some of the slack for my mom, because she doesn’t need another child on her hands.”

So how long will Luis be able to keep up the act of being a decent husband and stepdad? Based on the video, the answer is about 20 seconds

Olivia points out that she is headed to college and has a boyfriend, so Luis being a bad guy won’t really affect her that much, but she is concerned for her younger sister Kensley, who will have to live with Luis day-to-day as a stepdad.

Molly asks Kensley if she has anything to say, but Kensley just shrugs. “Oh, you want to be quiet now?” Molly asks. “The girl that talks all the time has absolutely nothing to say?”

Luis then unleashes a trademark Luisism: “Be so nice if you be like this all of your life.” He chuckles and adds: “But I know you can’t.” 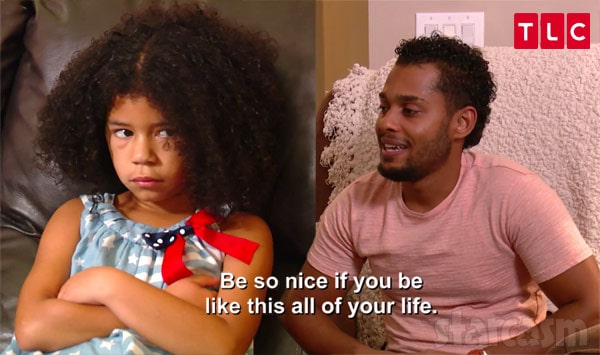 Click here for spoilers on how Molly and Luis’ attempt at a reconciliation is going.

Next up, we have “Bahtman” David Toborowsky and his wife Annie:

The #Toborannie story picks up two months after their wedding, and David reveals the couple is still living in Louisville, Kentucky. David and Annie are at a pawn shop pawning her jewelry as Annie explains that “David doesn’t get a job a yet, and we no have money.”

David explains that his best friend, Chris “ATM” Thieneman, has cut him off financially at the request of his wife Nikki, and that was unexpected. He reveals that he and Annie are still living in the firehouse apartment furnished by Chris, but that Chris is now asking that he pay rent plus pay a deposit. 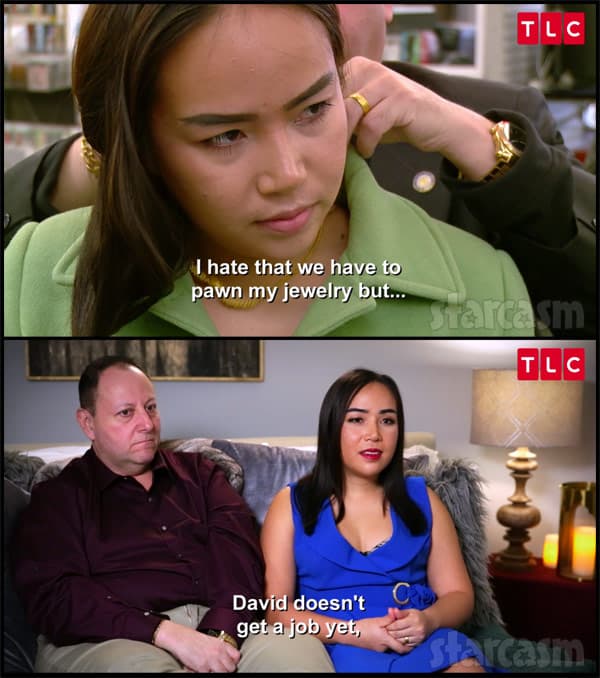 Annie offers her reaction: “Before I come here, I just think American life will be better. But it’s just too expensive.”

It was previously revealed that one of the major story lines for David and Annie this season will be deciding whether or not they will stay in America or return to Thailand, and this scene certainly seems to be setting the stage for that conflict.

Mmmmmm… these dramappetizers are so tasty! I cannot wait for the full course meal Sunday night when 90 Day Fiance: Happily Ever After Season 3 premieres at 8/7c on TLC!

90 DAY FIANCE Fernanda was suicidal, says Jonathan was abusive, drank too much & more in ‘My Truth’ YouTube video