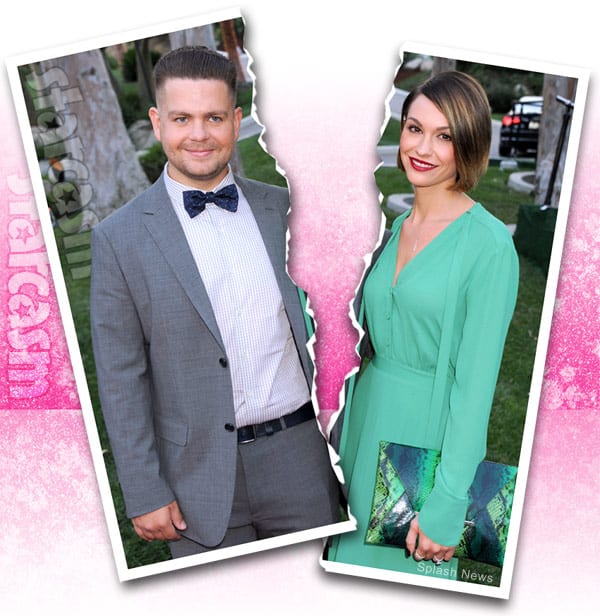 Reality star Jack Osbourne and his wife of nearly six years, Lisa Osbourne, are officially headed for divorce — just a couple months after welcoming their third child together.

The Blast reveals that Lisa filed the divorce paperwork on Friday. According to the filing, Lisa and Jack have been separated since May 4. Lisa is asking for joint legal and physical custody of their children in addition to spousal support. The reason for the split is the usual “irreconcilable differences.”

There has yet to be an official statement from either Jack or Lisa, but I assume we will see one soon via Osbourne-family-friendly People or another major tabloid.

UPDATE – Jack and Lisa skipped the tabloid venues and opted to post their joint statement on their social media accounts. Here it is in its entirety:

Hello! So the news about us separating has probably come as a bit of a shock to everyone. But, we just want to clear the air and share with you what’s going on. So, first and foremost, we absolutely still love each other. Our family is the most important thing in our lives, and we tried everything we could for many years to make this work. What’s best for our family right now is that we separate lovingly, and remain best friends who are committed to raising our children together. We had 7 beautiful years of being a couple, filled with the most amazing moments and we will be eternally grateful to one another for that. We also have 3 wonderful children who we cherish more than anything. We are disappointed but feel confident that we will continue to grow our relationship as co-parents and best friends.

Jack and Lisa were married in Hawaii in October of 2012 and they share three daughters together: six-year-old Pearl, almost three-year-old daughter Andy, and three-month-old Minnie Theodora. Lisa was pregnant in between the two oldest girls with a son the couple planned to name Theo, but she suffered a miscarriage in her second trimester. It’s believed Minnie Theodora is named after her big brother.

Jack recently celebrated Lisa and his mother Sharon Osbourne with a Mother’s Day post and photo gallery on Instagram, and the day before he shared a photo with his three daughters that he captioned by writing: “These three make it all worth while. #mygirls #daughters:”

Meanwhile, Lisa’s Instagram account looks to be almost entirely scrubbed of Jack’s image. The most recent photo of him that I could find was posted by Lisa in October of 2016.

It was announced earlier this year that the History reality series Ozzy & Jack’s World Detour, starring Jack and his dad Ozzy Osbourne, had been renewed for a third season.