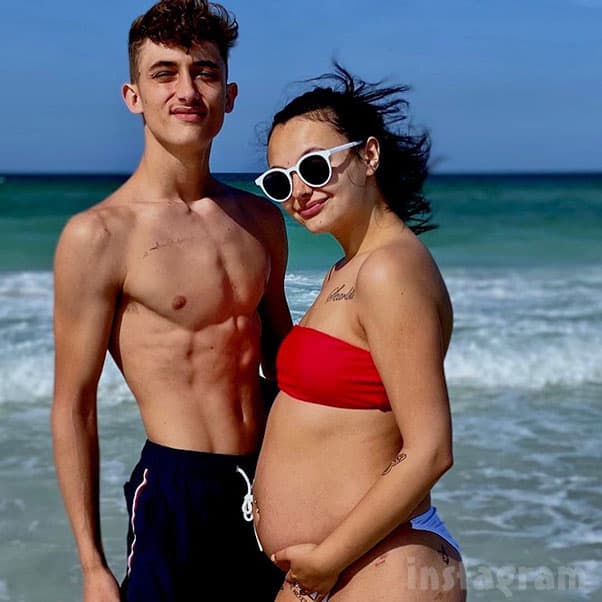 Unexpected mom Lexus Scheller revealed in February that she was pregnant with her second child, her first with boyfriend Isaiah Norwood. We now have some new updates, including the fact that Isaiah has been promoted from boyfriend to fiancé!

Before we get to the relationship status update, I’ve got some baby deets for you. Back in April, Lexus revealed that she will be having another girl. At the same time, dad-to-be Isaiah posted a sonogram on his Instagram and revealed the name! “Well it’s a baby girl y’all🤩🥰 Amethyst Nyx Norwood 💕”

In between the April gender reveal and now, Lexus has been sharing numerous pregnancy updates on her TikTok account. Here is a transcript from her most recent pregnancy update clip:

Hey guys! So I just want to come on here and give you a little pregnancy update. So, I am 26 weeks pregnant — I turn 26 weeks on Monday…Everything’s been pretty good. I think now I’m at the point in my pregnancy where I feel great. Like, I have a lot of energy, things are just feeling better. I’m not so nauseous, I can eat, I’m not puking every morning — so that’s really good.

And a screen grab of Lexus’ baby bump: 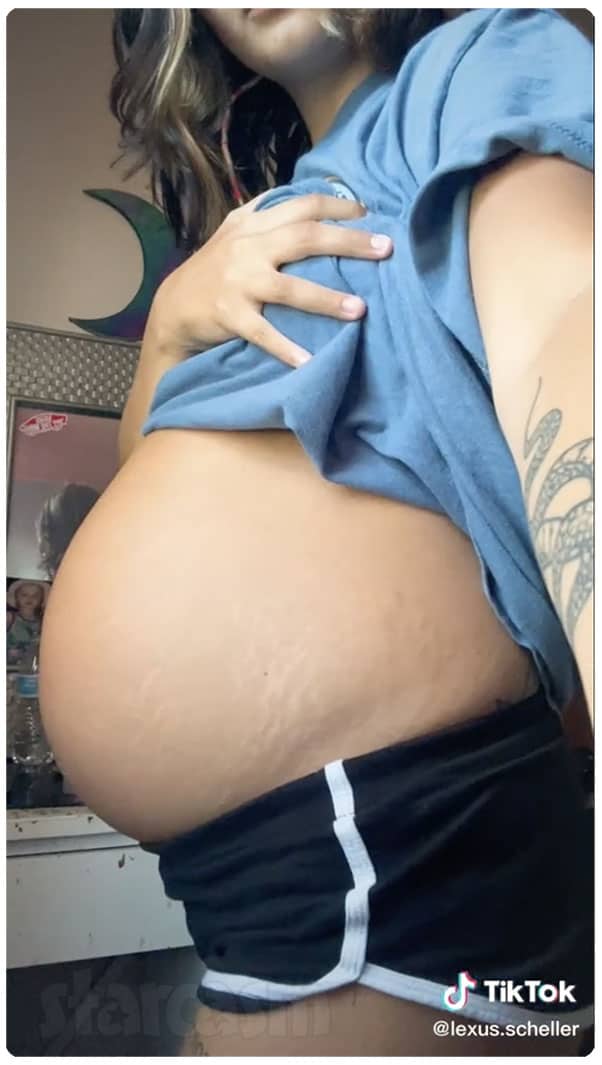 On Wednesday, Lexus did a Q&A with her Instagram followers and clarified a little bit about this pregnancy potentially being her last. Lexus had previously stated that she was hoping for a boy this time around, and a follower asked her if she had any plans to try again to have a boy.

“I think this will probably be my last, unless when I’m a lot older — like in my mid-20s to 30s — I decide I want some more. But, other than that, nope, I’m probably going to just stay on birth control.”

It was during the Instagram Q&A that Lexus made the engagement reveal. A follower asked if she was engaged, and she simply replied with “Yes!” She was later asked if she would show off her ring, and Lexus obliged: 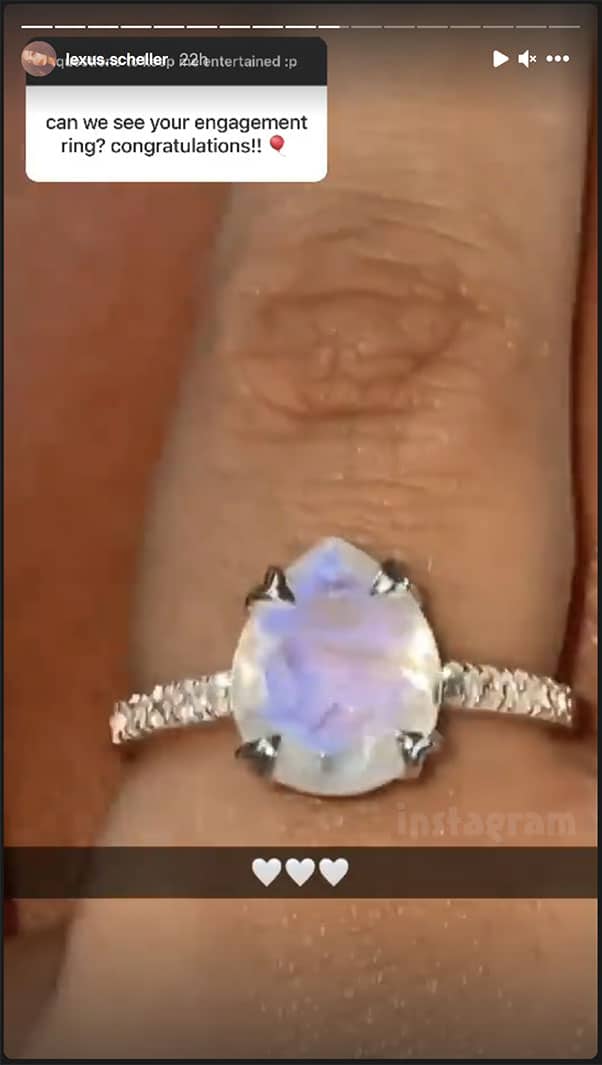 Lexus hasn’t shared a wedding date, or even if she plans to get married before her daughter Amethyst arrives. And speaking of Amethyst arriving, Lexus says her exact due date is September 13.

For those of you curious about what name Lexus would have gone with if she was having a boy, she says that she had it narrrowed down to either Sypher or Genesis.

Congratulations to Lexus and Isaiah!

If you’re an Unexpected fan who has been keeping up with the off-screen news, this means that all three of the Season 1 moms have moved on from their original baby daddies and are either engaged or married! Lilly Bennett is currently engaged to Lawrence Bishop, with whom she welcomed a baby boy with in November.

MaKayla Adkins recently got married to her new man, Ethan Tenney, in a small ceremony at her grandfather Tim’s house. McKayla was pregnant at the time, but later revealed that she suffered a miscarriage.

Baby ridiculousness: Rob Dyrdek is going to be a dad!