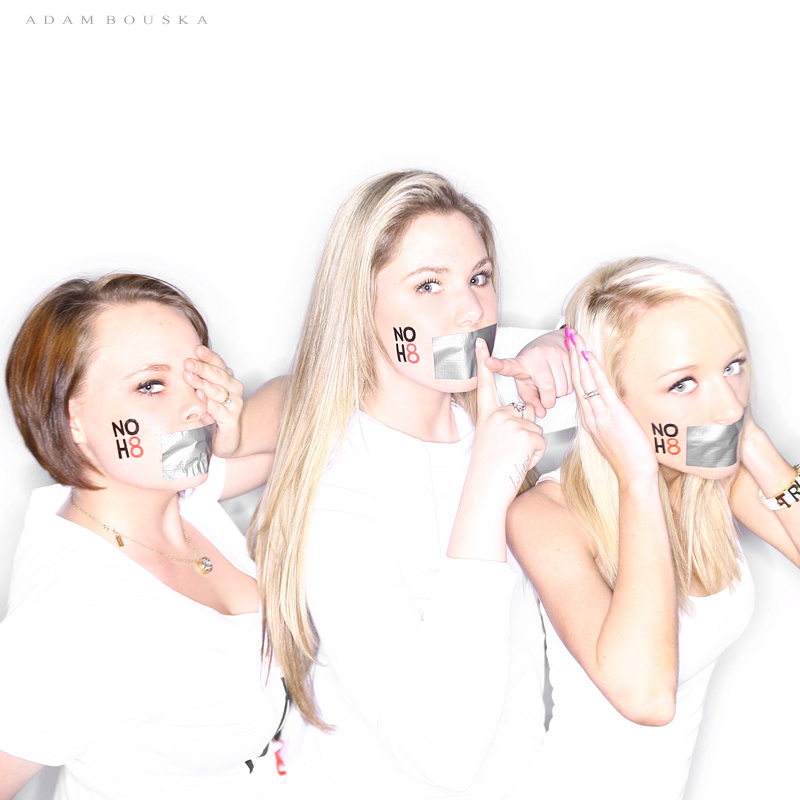 Teen Mom stars Maci Bookout and Catelynn Lowell as well as Teen Mom 2 star Kailyn Lowry were all in California recently doing a number of promotional events, including taping an episode of Dr. Drew’s Lifechangers. While there, the three gals got together and posed for photographers Adam Bouska and Jeff Parshley in a series of NOH8 photographs opposing the state’s controversial anti-gay marriage legislation, Proposition 8.

Above, all three ladies pose in a modern take on the traditional “see no evil, speak no evil, hear no evil” idea. Maci then removed her hands from her ears for a her “hand”some shot: 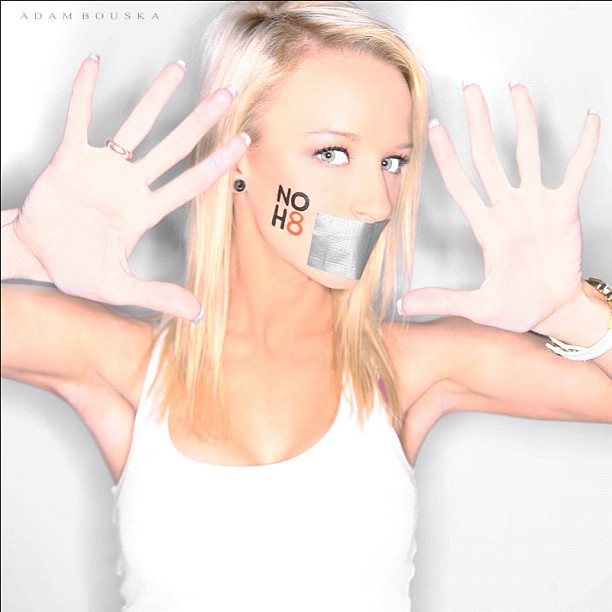 Any palm readers out there? Can you tell us when Maci and Kyle are getting married?!?

As we posted yesterday, there are reports that Kailyn Lowry has been in a couple same-sex relationships, including an on-again, off-again relationship with good friend Gigi Hanna. We have a source that leads us to believe the validity of the reports, and it would explain why Kailyn was anxious to pose for the NOH8 campaign for a second time. 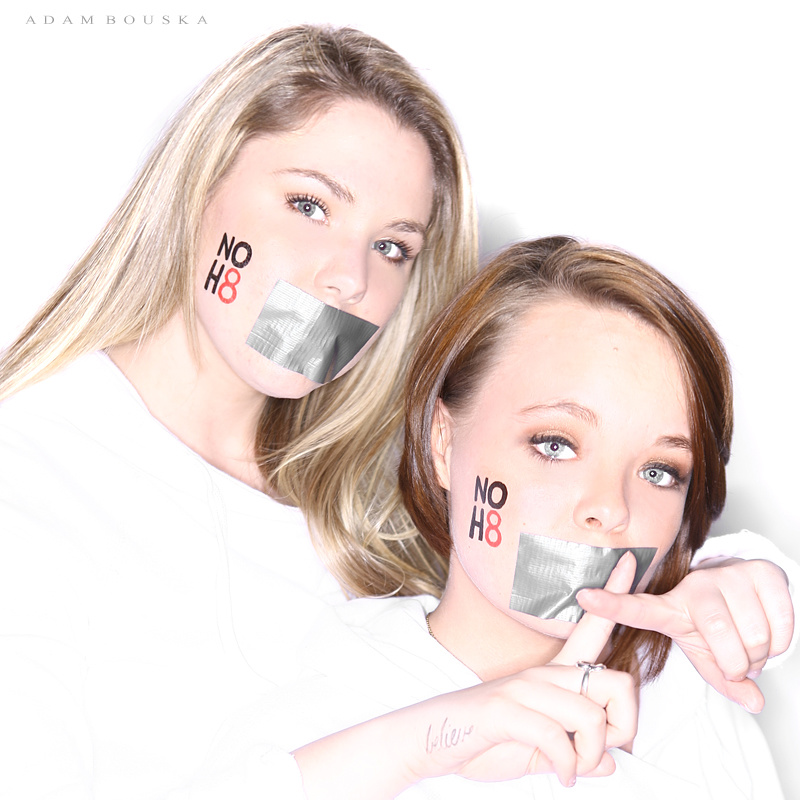 Catelynn Lowell invited a splash of color into her individual shot as she posed with a rainbow flag, the symbol of gay pride: 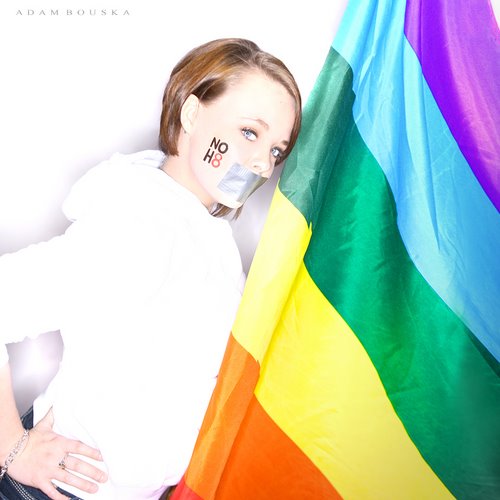 And it wasn’t just the girls showing their support! Maci Bookout beau Kyle King took time out from reported rock star hotel shenanigans to pose alongside Maci for a black and white couple shot: 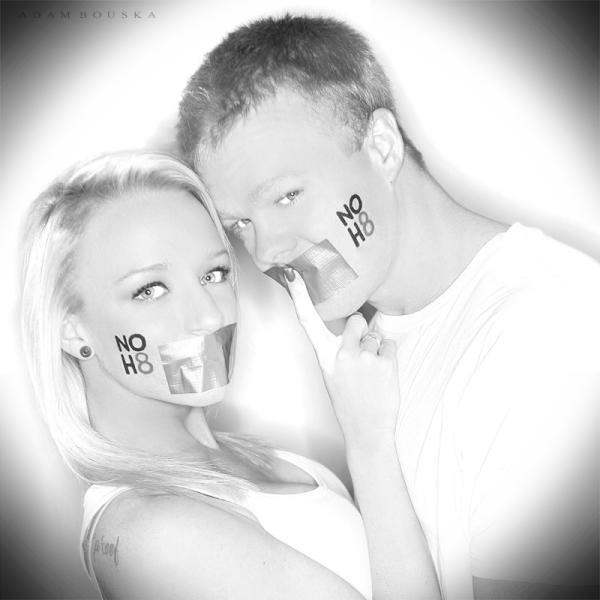 To wrap things up, here’s a non-professional, behind-the-scenes photo of Kailyn and Maci in their NOH8 t-shirts: 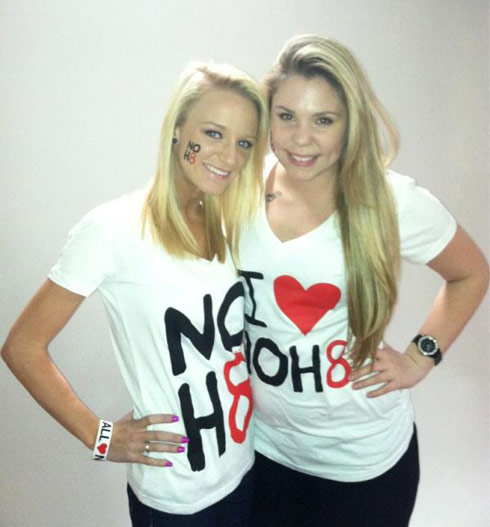 Congrats to the gals! It’s great that they are able to use their fame and popularity to promote causes in addition to safe sex!

* There has been no official announcement as to when Catelynn, Kailyn and Maci will be on Dr. Drew’s LifeChangers, but we’ll keep our ear to the virtual ground and let you know as soon as we do.

UPDATE – Here are a couple more NOH8 photos, one of Maci Bookout and Kyle King (in color!) and another of just Kyle King: 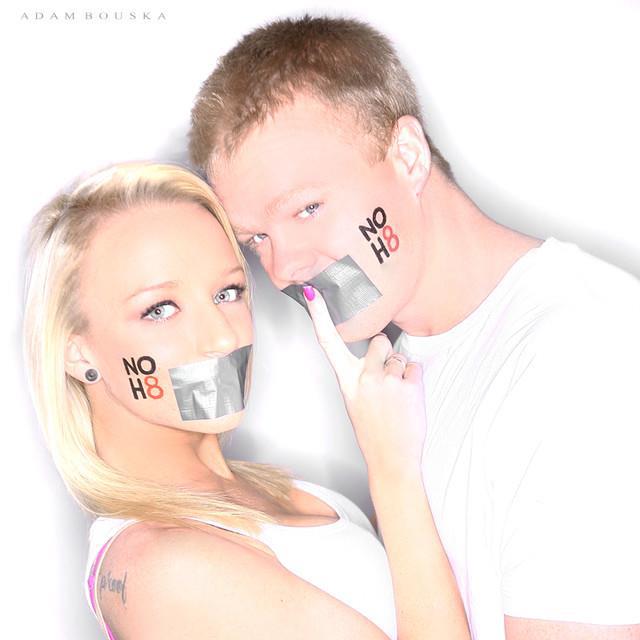 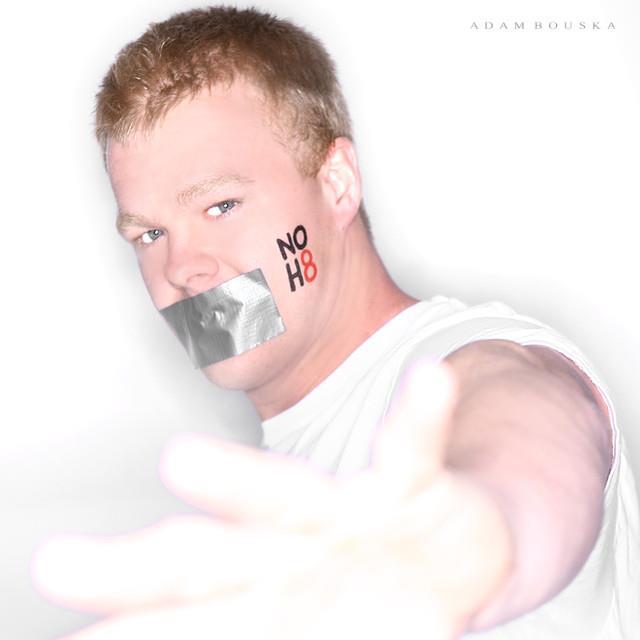 Are Teen Mom’s Catelynn and Tyler living together? What are their career plans?