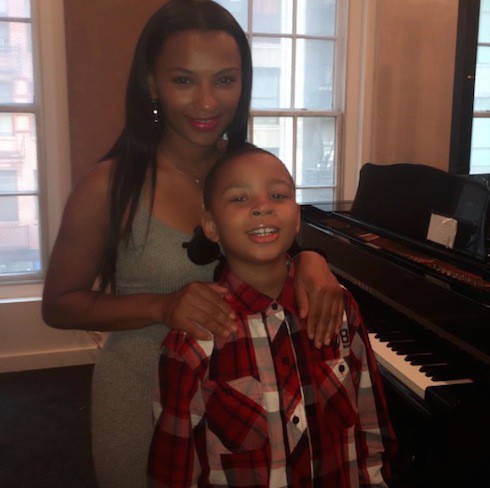 It looks like the newest of the children that Tara Wallace and Amina Buddafly share with Peter Gunz has brought a great calm to the controversy that’s caught up the three Love & Hip Hop stars over the past few weeks. Tara Wallace and Amina Buddafly appear to have decided to brush their haters aside by bringing their children together for a series of play dates, which have been documented by the dutiful Peter.

The pair don’t generally cross paths outside of their time on Love & Hip Hop. Tara recently gave an interview in which she touched on her relationship with Amina–something we shared in our recent story on the number of kids Peter Gunz has–and confessed that, while she and Amina are civil with one another, they don’t make it a point to socialize. “The other mothers, we get along,” Tara explained. “When you look at the history of it all, we’ve all overlapped in some way. Not knowing that we were overlapping.”

However, it seems the recent addition of little Gunner Ethan has managed to bring Tara Wallace and Amina Buddafly a little closer together, if only for the sake of their children. Peter Gunz recently shared a brief clip of his four year-old son Kaz (whose mother is Tara) and one-year-old daughter Cori (whose mother is Amina) playing together:

Given the twists and turns Love & Hip Hop has taken this season, the peace could break anytime. But, for now, everyone seems content.

After taking last week off because of the Grammy Awards, VH1 will air a new episode of Love & Hip Hop tonight at 8 PM EST.

RELATED ARTICLE–How many kids and baby mamas does Peter Gunz have?

Ben Affleck and Jennifer Garner give birth to a baby boy!