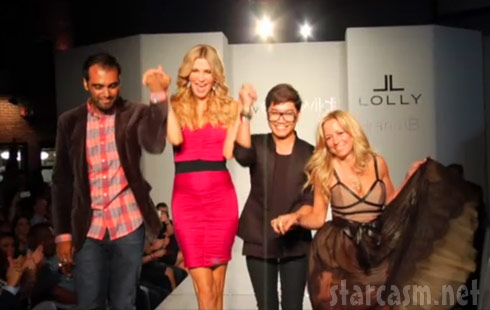 The Real Housewives of Beverly Hills star Brandi Glanville introduced the world to her new clothing line called “Brand B” last week, and no one even knew it was coming! The brand made its debut the grand opening of Nicole Winnaman’s flagship boutique Nikki West in Old Town, Pasadena on Wednesday.

“I just want to make my mommy friends happy and more comfortable and sexy,” Brandi said of her inspiration for the line.

“I wanted to put the message out there that my dresses are for women not girls necessarily, and you can be sexy and comfortable at the same time — and you can be chic and it doesn’t need to be expensive. These are very affordable dresses,” Brandi told press at the event. “My goal was to get my friends out of their gym clothes.” 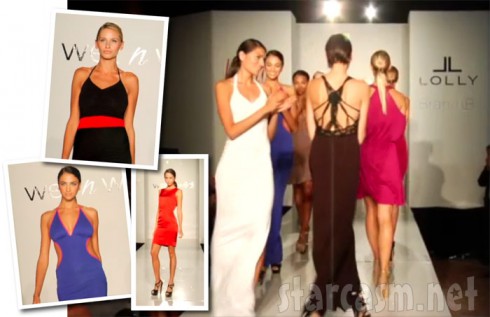 Brandi’s line consists of easy-to-wear pieces that consumers will be able to simply add flip flops to. There’s not need to dig through your closets trying to find an outfit that goes well together, ladies. Just grab one of your Brandi B dresses and you’ll be comfortable and yet ready to hit the town. 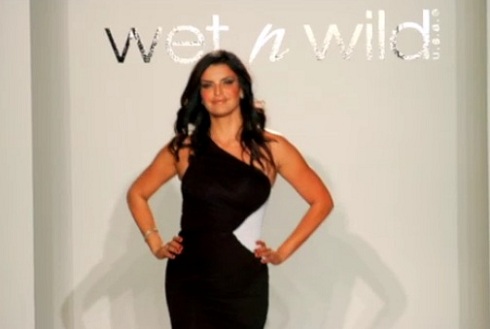 Brandi’s BFF and Real Housewives of Beverly Hills co-star, Jennifer Gimenez (above), walked the runway for her friend in Wednesday’s launch and told press how excited and honored she was to be part of the event. “I’m extremely proud of my BFF Brandi and her new line. To me, it represents a woman feeling comfortable and sexy no matter what size you are and no matter what age you are. It’s all about empowering a woman.”

Jennifer and Brandi met over 20 years during their modeling days and have been friends ever since. 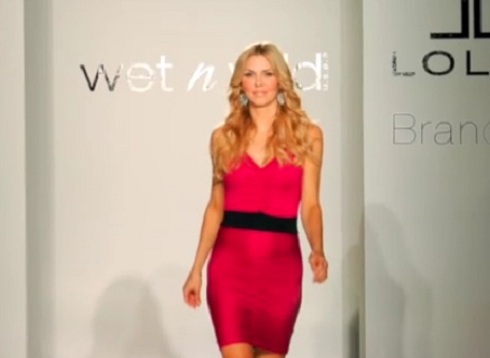 During her press rounds during the launch, Brandi confirmed that she and the girls of the B.H. have officially wrapped filming on season 3 of Real Housewives of Beverly Hills. Jennifer added that she too wrapped filming on July 30, which was the rumored finale party and ceremony for Lisa Vanderpump and Ken Todd’s vow renewal. As we previously reported, Adrienne Maloof missed out on what is now believed to be the finale party (it was originally reported to be the Reunion Special) recorded the day prior to this event.

The premiere date for Real Housewives of Beverly Hills season 3 has yet to be announced but the show will likely premiere in middle to late fall. Meanwhile, Jennifer Gimenez returns to reality TV in a new series called Rehab in September. Stay tuned — it’s sure to be a drama-filled season on both shows!

RHOBH P.K. Kemsley’s income will be garnished after failing to pay casino millions

EXCLUSIVE Taylor Armstrong downgraded from official housewife, will return as a friend