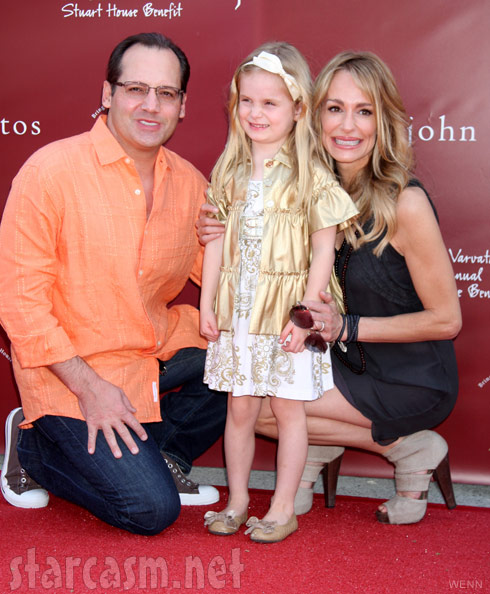 Sources close to production tell Show Tracker that the network filmed the special on Monday and “an individual close to one of the Housewives said the ladies were not given specifics as to how things would unfold during their sit-down and that it was intended as a way to get their reactions to what happened.”

Bravo has re-edited the Season 2 premiere episode, which is still scheduled to air Monday, September 5. According to Show Tracker the premiere episode originally featured a scene in which Taylor Armstrong shops for lingerie in an attempt to spice up her marriage before later becoming emotional while talking about going through marriage counseling. There is no word how much, if any, of those scenes will remain in the episode.

There has not been any official announcement about the suicide special from the network, or any information about when the special will air – although most speculate it will be in conjunction with the premiere, either immediately before or after.

UPDATE – Frances Berwick, president of Bravo, issued this statement: “Bravo will proceed with the Monday, Sept. 5 premiere date of The Real Housewives of Beverly Hills. Given that these episodes were filmed months ago, the producers of the show taped a brief interview this week with several of the cast members to introduce the premiere. Re-editing of the episodes is still underway. Bravo has partnered with the Entertainment Industries Council, Inc. (EIC) to raise awareness about suicide prevention. The network will air various PSA’s during the The Real Housewives of Beverly Hills. We will also provide additional information and resources on Bravotv.com, including the National Suicide Prevention Lifeline.”

Kim Richards reveals that she almost died from alcoholism