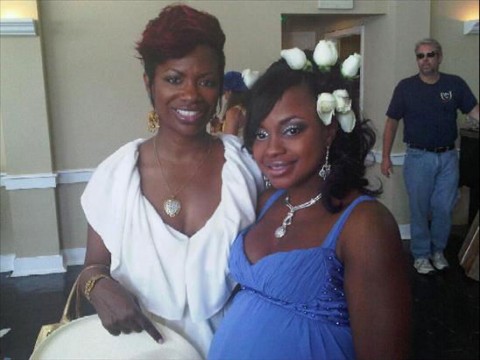 Bravo deserves a huge Bravo for casting Phaedra Parks on The Real Housewives of Atlanta. She’s just the juice they needed to spin some wheels and make things happen on the show.

One thing that the newlywed and pregnant high-powered attorney uses to add drama to the show is her intense, supercharged brand of SouthernBelle™.

She didn’t let up with her Southern Baby Shower, which featured a dress code (every lady was to arrive in a flamboyant hat, except for Phaedra, who was adorned with white roses in her hair.) She was held from her guests seeing her until her entrance, when she was announced as Mrs. Apollo Nida, another Southern tradition of the woman forsaking her own name in public.

Mrs. Nida also had strict rules about the time. Any guest arriving late was turned away at the door regardless of how good a friend, or how expensive the gift. The only exception to this rule was Kim Zolciak, the next Lady Gaga, who audaciously rolled up late without a hat; but had to get in the party to cause some drama for the show. Surely the sun didn’t go down on that baby shower without a little Housewives-style altercation involving wine, wigs, a highlighted etiquette book, or at least some choice words. Sadly, firecracker Nene Leakes was not in attendance because she was recovering from a nose job, boob reduction, and liposuction.

Here’s a preview of the event, which includes a cameo by former Housewife Lisa Wu Hartwell. So good to see you again, Lisa! Kandi is also amazing in this clip:

Read more about the event at the Atlanta Journal Constitution.