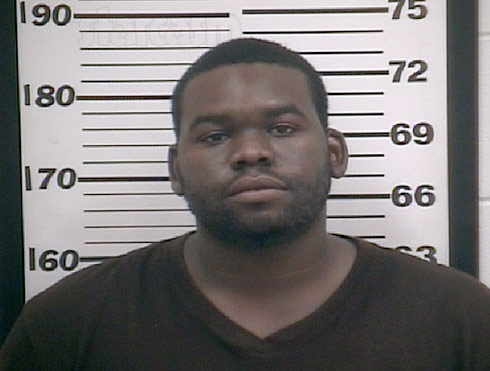 NeNe Leakes may be enlisting the legal services of her Real Housewives of Atlanta castmate and new bestie Phaedra Parks–because her eldest son, Bryson Bryant, has once again found himself behind bars.

25-year-old Bryson was arrested in Douglas, Georgia last week in a check forgery case involving, believe it or not, multiple fast food restaurants. From the AJC:

On Tuesday, June 16, investigators made two arrests involving fraudulent payroll checked passed throughout the state, with more than $35,000 tracked. The Douglas Police Department saw an individual at a local McDonald’s with a laptop and printer making fraudulent Taco Bell payroll checks. That man, Inginac Walter Theodore of Athens was arrested on five felony counts for printing fraudulent checks.

The police said Bryant was in the vehicle and lied about who he was. Bryant’s ID was found with Theodore.

I can only imagine the dressing down given to Bryson by mom NeNe after that! “Wait, let me get this straight — You was arrested with some low-rent boy with a laptop printing out Taco Bell paychecks at a McDonald’s?!? Ah hell naw! And then you lied to the police? You better be glad being stupid ain’t a crime, because you’d be on death row, child!”

The good news for Bryson is that, although he had a fake check made out to him, he had not cashed it yet, so police could not charge him with check forgery. Instead, he only faces a misdemeanor charge of providing police with a false name. Bryson was released on bond while his check-printing pal Inginac is still behind bars.

Earlier in 2015, Bryson was ordered to enter a rehab facility by the court after serving some time for violating his probation multiple times in 2014. Here is our previous summary of his run-ins with the law as of January of this year:

Bryson’s arrest record stretches back to 2010 when he was arrested twice for a small pot possession and possession of a controlled substance. In the following years, he was arrested for shoplifting razors from Walmart, violating his probation, reckless driving and driving under the influence.

The last incident occurred in June 2013 when Bryson flipped his Dodge Charger at 4:15 in the morning. He claimed “darkness caused him to wreck,” but officers detected the scent of alcohol and noted Bryson’s “slow and deliberate response” to questions. As a result of that arrest, he was sentenced to 30 days of house arrest — which started last February — and a full year of probation.