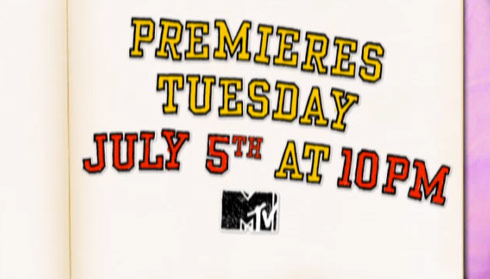 It’s here! MTV finally posted up an official preview trailer for Teen Mom Season 3 and it clocks in at exactly two minutes long! Get lengthy glimpses of Maci Bookout, Catelynn Lowell, Farrah Abraham and Amber Portwood as well as Leah, Bentley and Sophia. Oh, and all the guys too! OK, I’ll be quiet…

This one appears to have lots of stuff that the individual commercials didn’t! Farrah’s mom Debra wants her to leave Sophia when she moves to Florida?!? Butch is back?!? (I need to send The Ashley an email!)

My favorite part is of course Bentley, the coolest dude on the planet:

Maci: I can’t believe you peed on me. You want me to pee on you?

Bentley (grinning from ear to ear – with a pacifier mind you): Yes!

I believe that is a textbook example of calling someone’s bluff. 🙂

And speaking of Maci it appears as though she and baby daddy Ryan are going in for round twelve in their heavyweight custody battle – something I didn’t expect this season given that they are reportedly on pretty good terms now.

I could keep writing, bu that’s no going to make July 5 get here any sooner 🙁

Be sure to check out the other trailers we’ve collected that feature some additional footage from Teen Mom Season 3:

UPDATE – For those of you not in the US you should be able to watch the clip thanks to People magazine HERE!